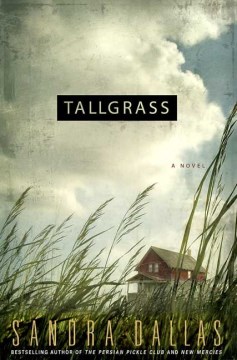 /*Starred Review*/ In the acknowledgments page of her poignant new novel, Dallas tells readers how her late father inspired the character of Loyal Stroud, a self-deprecating farmer with an unflappable moral core. The tale itself is narrated by Loyal's teenage daughter, Rennie, who has mixed feelings about Tallgrass, the Japanese internment camp newly established at the edge of her tiny Colorado town. Rennie is bright, inquisitive, and wise beyond her years. She is unlike fellow town residents, who consider everyone interred at Tallgrass to be the enemy (even though many were born in the U.S.). Loyal Stroud isn't so quick to dismiss camp residents as degenerates; the three young Japanese boys he hires to harvest his sugar beets prove to be superlative workers. Simmering town tensions reach a boil when a disabled white girl is found raped and murdered. Meanwhile, Rennie's beloved brother, Buddy, a soldier in World War II, goes missing in action. Dallas (New Mercies, 2005) based Tallgrass on Amache, a real-life World War II internment camp near Granada, Colorado. (In her research, she learned that her journalism classes at the University of Denver were held in a former Amache barracks.) Here she renders a dramatic (and surprisingly droll) coming-of-age tale in which ignorance breeds malice, with brutal results. ((Reviewed January 1 & 15, 2007)) Copyright 2007 Booklist Reviews.

Rennie Stroud looks back to 1942, when she was 13, to tell a powerful coming-of-age story. That year, the U.S. government opened a Japanese internment camp outside Ellis, CO, less than a mile from where Rennie and her family farmed sugar beets. Rennie observes the prejudice of some of the townspeople as well as her parents' strong moral code and their entanglement in the emotions of the time. Her father, Loyal, not only shows open support for the Japanese, whom he views as Americans, but offers to hire them to work on the farm. When a young girl is murdered, suspicion naturally turns to the camp, and the town is divided by fear. Dallas's strong, provocative novel is a moving examination of prejudice and fear that addresses issues of community discord, abuse, and rape. Her phrasing and language bring the 1940s to life, and she has created characters that will linger with the reader. As in her previous work, The Persian Pickle Club , Dallas emphasizes the need for women to form strong networks in order to survive emotionally. Highly recommended for book clubs and public libraries.—Lesa M. Holstine, Glendale P.L., AZ

An ugly murder is central to this compelling historical, but the focus is on one appealing family, the Strouds, in the backwater town of Ellis, Colo. Soon after Pearl Harbor, the U.S. government rounded up all the Japanese residents of the West Coast and shipped them off to "internment camps" for the duration of the war. One of the camps is Tallgrass, based on an actual Colorado camp, as Dallas (The Chili Queen ) explains in her acknowledgments. The major discomforts and petty indignities these (mostly) American citizens had to endure are viewed through the clear eyes of a young girl who lives on a nearby farm, Rennie Stroud. Rennie's obvious love of family slowly extends itself to the Japanese house and field helpers the Strouds receive permission to hire. The final surprise is the who and why of the murder itself. Dallas's terrific characters, unerring ear for regional dialects and ability to evoke the sights and sounds of the 1940s make this a special treat. Author tour. (Apr.)

All the light we cannot seeDoerr, Anthony, 1973-
Island of sweet pies and soldiersAckerman, Sara