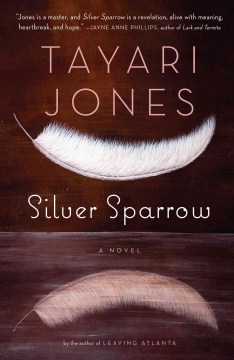 Jones' expansive third novel, following The Untelling (2005), is set in 1980s middle-class Atlanta, where Dana Yarboro grows up knowing that her father, James Witherspoon, is a bigamist. Told in two parts, the first chronicles the complex nature of Dana's family dynamics as part of James' illicit life. Dana's mother, Gwendolyn, is intensely focused on Dana's future as well as on James' legitimate wife and daughter—an obsession that wears on Dana, who tires of being considered a "secret." At the same time, Dana's half sister, Bunny Chaurisse Witherspoon, grows up seemingly unaware of any indiscretions, enjoying a comfortable adolescence under the watch of her overprotective father and hardworking mother. James, with the help of a lifelong friend, does his best to keep the two families apart. Nonetheless, Dana finds a way to befriend Chaurisse without her parents' knowledge, and the teenagers' relationship threatens to put their families on intersecting paths. Jones effectively blends the sisters' varied, flawed perspectives as the characters struggle with presumptions of family and the unwieldy binds of love and identity. Copyright 2011 Booklist Reviews.

"My father, James Witherspoon, is a bigamist." So starts the third novel by the critically acclaimed Jones (The Untelling). The first part is narrated by Dana, the daughter of his illicit second marriage. Dana and her mother, Gwen, always knew about the first family and that they came second. From a distance, they watch the first family, daughter Chaurisse and mother Laverne, going about their comfortable lives, unaware of James's secret life and getting the best of what James has to offer. Gwen scrapes by on her nurse's salary, while Dana can choose a magnet school or a summer camp only after Chaurisse has chosen, to insure that the girls don't meet. But eventually they do meet, first by accident at the science fair, with only Dana aware that Chaurisse is her half-sister. As their lives begin to intersect, the narrative is passed to Chaurisse, plain looking and a mediocre student, who's enchanted by the silver girl with the good hair who accepts her overtures of friendship. Things come to a head when the girls have car trouble on the way to a party, and James and Gwen both come riding to the rescue. Jones uses 1970s and 1980s African American society in Atlanta as a fully realized backdrop to the personal drama of a few people. VERDICT Highly recommended for all, but especially for readers of women's fiction and African American women writers. [See Prepub Alert, 11/22/10.]—Debbie Bogenschutz, Cincinnati State Technical & Community Coll.

A coming-of-age story of sorts, Jones's melodramatic latest (after The Untelling) chronicles the not-quite-parallel lives of Dana Lynn Yarboro and Bunny Chaurisse Witherspoon in 1980s Atlanta. Both girls—born four months apart—are the daughters of James Witherspoon, a secret bigamist, but only Dana and her mother, Gwen, are aware of his double life. This, Dana surmises, confers "one peculiar advantage" to her and Gwen over James's other family, with whom he lives full time, though such knowledge is small comfort in the face of all their disadvantages. Perpetually feeling second best, 15-year-old Dana takes up with an older boy whose treatment of her only confirms her worst expectations about men. Meanwhile, Chaurisse enjoys the easy, uncomplicated comforts of family, and though James has done his utmost to ensure his daughters' paths never cross, the girls, of course, meet, and their friendship sets their worlds toward inevitable (and predictable) collision. Set on its forced trajectory, the novel piles revelation on revelation, growing increasingly histrionic and less believable. For all its concern with the mysteries of the human heart, the book has little to say about the vagaries of what motivates us to love and lie and betray. (May)

The ruins of usParssinen, Keija

The secret lives of the four wivesShoneyin, Lola