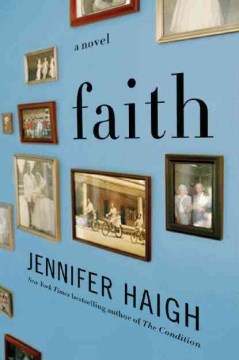 *Starred Review* Father Arthur Breen has devoted his entire career as a priest in Boston's South Shore community to a life of quiet but determined faith, enthusiastically serving his parishioners while unobtrusively placating his superiors in the Catholic hierarchy. Only marginally involved with his own family—devout mother, alcoholic stepfather, go-getter half-brother, and contemplative half-sister—Breen takes an instant shine to eight-year-old Aidan, the emotionally fragile son of the rectory's housekeeper, and makes tentative arrangements to help Aidan's newly clean-and-sober mother, Kath, start a new life. So when a sex abuse scandal rocks the Boston archdiocese, everyone is shocked, though no one is exactly surprised, to learn that Kath has accused Father Breen of harming Aidan. Looking back on the tragedy, Breen's sister Sheila chronicles the events leading up to and beyond the incident, revealing a family shattered by profound secrets. With an exquisite sense of drama and mystery, Haigh delivers a taut, well-crafted tale that potently but subtly explores myriad gray areas within essential issues of truth and trust, punishment and absolution. Indelibly rendered characters, suspenseful pacing, and fearless but sensitive handling of a controversial subject will make this a must-read for book discussion groups. Copyright 2011 Booklist Reviews.

Haigh's The Condition was an especially clear-eyed and sensitive portrait of the alienation wrought by a serious medical issue. So I have high hopes for her handling of the controversy surrounding child abuse by Catholic priests. Estranged from her Irish American family, Sheila McGann nevertheless returns home to Boston when her brother Art, a popular priest, is caught up in the scandal. She wants to defend him, but her oblivious mother, accusatory brother, and Art himself, who remains silent, all conspire against her. A real thought-provoker for book clubs; with a 150,000-copy first printing and an eight-city tour.

The scandal regarding the sexual abuse of children by Catholic priests continues on its ugly way, and Haigh (The Condition) doesn't make it any easier for us: she's written a novel that questions the guilt of a priest so charged. When older half-brother Art is accused of abusing a boy whose wayward mother he's tried to help, Sheila McGann returns to the suffocating Irish American home and community in Boston she had fled. Art has been shunned by the family, particularly brother Mike, who has several children and a cold, judgmental wife. To Sheila's horror, Mike condemns Art out of hand, even as he gets uncomfortably involved with the woman who has brought the suit against him. Beyond Art's denial, Sheila herself can't get him to articulate what really happened. VERDICT Initially, the story is told more blandly than one would expect from the fine Haigh, and the idea crawls uncomfortably around the reader's mind that she's soft-soaping the issue. By the end, though, the narrative is emotionally involving and ethically concise, reminding us that things are not always as they seem and that we must consider carefully how we judge others. Most fiction readers will want. [See Prepub Alert, 11/15/10.]—Barbara Hoffert, Library Journal

Haigh (Mrs. Kimble) explores the intersections of public scandal and personal tragedy in her superb fourth novel. Set in 2002 amid the sexual abuse crisis that has rocked the Catholic Church, and particularly the Boston archdiocese, Haigh's novel reaches far beneath the headlines to imagine the impact of allegations on one priest's family. Arthur Breen became a priest when such a career path was considered a logical, honorable choice for an intelligent young Catholic man. Sophisticated and worldly in many ways, utterly childlike in others, Arthur is unprepared to cope with secular life when he's accused of abusing a young boy and is subsequently asked to leave his parish. Arthur's younger half-sister, Sheila, in a quasi-omniscient style, narrates the complicated, devastating history that shaped Arthur's life, both personally and spiritually. Although this all-too-plausible story offers a damning commentary on the Church's flaws and its leaders' hubris, Haigh is concerned less with religious faith than with the faith Arthur's family has—and loses, and in some cases regains—in one another. At its broadest, this is a frank and timely story of familial and institutional heredity; at its most personal, the novel is a devastating portrait of a priest who discovers that he's also a man. (May)

My sister, the serial killerBraithwaite, Oyinkan

This is where I leave youTropper, Jonathan