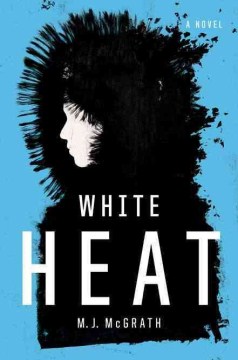 *Starred Review* On remote and sparsely populated Ellesmere Island, half-Inuit Edie Kiglatuk, who has never lost a client, is the best guide in the Canadian High Arctic. Then one of two southerner white men, who hire Edie for a hunting expedition, is mysteriously shot and killed in an incident that local authorities cover up. When the victim's colleague returns for a trip led by Joe Inukpuk, Edie's beloved stepson, the man is lost in a blizzard, and Joe struggles home, incoherent and frostbitten, and soon commits suicide. Devastated by her loss, Edie—a 33-year-old divorcée, recovered alcoholic, and part-time teacher, who was financing Joe's nursing training—falls off the wagon temporarily before setting out to prove the connection between the recent events. With occasional help from police sergeant Derek Palliser, a man obsessed with lemmings and a failed love affair, she risks her life to find the truth. In a gripping debut novel, McGrath (who has written nonfiction as Melanie McGrath) transports the reader to a land of almost incomprehensible cold and an unfamiliar but fascinating culture, taking on issues of climate change, energy exploration, local politics, and drug and alcohol abuse. Edie, a fiercely independent woman in a male-dominated milieu, is sure to win fans. Expect great things from this series. Copyright 2011 Booklist Reviews.

Set on the islands of the High Arctic, McGrath's first novel features Edie Kiglatuk, a half-Inuit teacher and guide. She knows Craig Island like the back of her hand and is the first choice for qalunaat (southerners) who want to hunt or fish on the island. However, things go wrong for Edie when one of her charges is killed, supposedly by a ricochet from his own gun. This death is followed by another accident on Craig and the apparent suicide of Edie's stepson. Unable to accept these accidents, Edie decides to look into the deaths, and her investigations take her from Ellesmere Island to Greenland and Etah, the home of her ancestor, the famous guide Welatok. VERDICT Award-winning British journalist McGrath (The Long Exile: A Tale of Inuit Betrayal and Survival in the High Arctic) shares a wealth of knowledge about life in the High Arctic that is central to her story. Well written and researched, her excellent adventure murder-mystery will hold readers' attention until the last page.—Lisa O'Hara, Univ. of Manitoba Libs., Winnipeg

British journalist McGrath (The Long Exile: A Tale of Inuit Betrayal) makes her fiction debut with a solid thriller, the first in a series featuring Edie Kiglatuk, a half Inuit/half white, Arctic guide. A recovering alcoholic, Edie makes her living leading white (or qalunaat) tourists on hunting expeditions near her tiny outpost town of Autisaq on Canada's Ellesmere Island. When Felix Wagner is fatally shot during such a hunting trip, the local council of elders hurries to declare the death an accident, despite Edie's claim that she saw strange footprints near the body. After Felix's assistant, Andy Taylor, disappears during a subsequent trip while under the supervision of Edie's beloved ex-stepson, Joe Inukpuk, she suspects there's more going on than the routine perils of life in the Arctic. A picture soon emerges that includes a fight for precious natural resources and secrets that stretch back generations. McGrath captures the frigid landscape beautifully, and her heroine personifies the tension between the Inuit and qalunaat ways of life. (Aug.)

A cold day for murderStabenow, Dana