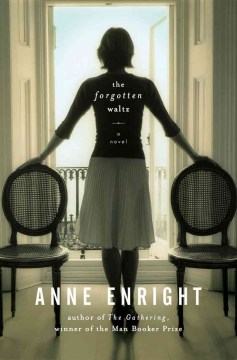 *Starred Review* Although the story of an affair is certainly not an uncommon theme in fiction, for the reader to be so engrossed in such a tale by the writing style alone is a less-common situation. But in fairness, in balance, this stunning novel by a Booker Prize winner (for The Gathering, 2007) also offers up its brilliance by way of astonishingly effective storytelling. The setting is the author's native Ireland, which, ironically, because of the immaculate presentation of story and character, almost doesn't matter. Gina is married, holds a professional business position, and is now recalling an obsessive, selfish, and problem-riddled affair with the equally married Sean. Enright suitably constructs her narrative to reflect the natural tendency of a person to remember events not necessarily in strict chronological order but in fits and starts and with backtracking and flash-forwarding, and only, eventually concluding at the end. The vicissitudes of extramarital love and the obstructions to its smooth flow—including spouses, children, and the very clandestineness of the relationship—are tracked by Enright with a raw clarity expressed in magnetically precise prose. The tension in the narrator's voice serves as the dramatic tension of the novel itself, irresistibly drawing the reader through these at-once gorgeous and ache-filled pages. HIGH-DEMAND BACKSTORY: In addition to the author's growing name recognition, her publisher has planned for her a nine-city U.S. tour and major review attention and library promotion. Copyright 2011 Booklist Reviews.

Snow falls on Terenure, outside of Dublin, as Gina Moynihan recalls the love of her life and awaits the arrival of his delicate 12-year-old daughter. Enright's Man Booker Award-winning The Gathering was heart-cutting and moodily vibrant, so I'm expecting a lot. Excellent for book clubs.

She's a sharp-tongued home wrecker who doesn't try to ingratiate herself. But in this corrosively beautiful novel from Man Booker Prize winner Enright (The Gathering), you want to drag back Gina Moynihan as she recounts plunging headlong into the affair that will change her life. Gina met Seán Vallely at sister Fiona's house and first made love to him, without much preamble, while drunk at a business conference. Lectured by her sister, who proclaims that their just-deceased mother would have been mortified, Gina silently disagrees. Surely Mum would have appreciated this affair, which has liberated Gina from…what? The dread of domesticity with teddybearish but somewhat dense husband Conor? Boredom with a lock-step job in Ireland's grim economy? Writing with cool, clear-eyed logic, Enright is brave and persuasive enough to paint Seán as less than ideal; he's a rigid bully and not overwhelmingly attractive. Through Gina's determined pursuit of their relationship, we see the stupefying nature of desire, which Enright deftly contrasts with the sometimes equally stupefying nature of parenting; Gina's big competition is not Seán's wife but his sweet, not-quite-right daughter. VERDICT A breathtaking work that will surprise you; highly recommended. [See Prepub Alert, 4/11/11.]—Barbara Hoffert, Library Journal

In this gorgeous critique of Ireland as the Celtic Tiger draws its dying breaths, Enright chronicles an affair between 32-year-old Gina Moynihan, and Seán Vallely, a rich, dutiful husband and a devoted if somewhat inept father to the otherworldly, epileptic Evie, not yet 13. Set against a backdrop of easy money, second homes, and gratuitous spending, the dissolution of Gina's and Sean's marriages is both an antidote to and a symptom of the economic prosperity that gripped the country until its sudden and devastating fall from grace in 2008: "In Ireland, if you leave the house and there is a divorce, then you lose the house.... You have to sleep there to keep your claim.... You think it is about sex, and then you remember the money." There are, as with any affair, casualties, but what weighs most heavily on Gina is not what will become of her husband, Conor, but rather Evie, who sees Gina kissing her father, and innocently asks if she might be kissed too, oblivious to the fact that this moment heralds the end of her family. She eventually becomes all too aware that her father is gone and that she's stuck with her sad, neurotic mother. And so the question that remains at the end of this masterful and deeply satisfying novel is not just what will happen to Ireland, but what will happen to Evie? (Oct.)