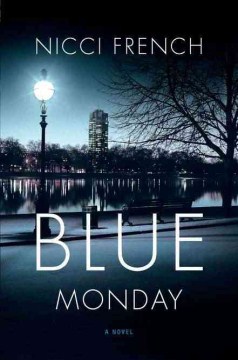 *Starred Review* London psychotherapist Frieda Klein believes keenly in the need to keep confidentiality in her profession. But when the dreams of her patient, Alan Dekker, closely mirror the disappearance of a missing child, Klein reports the connection to DCI Malcolm Karlsson, who heads the team looking for abducted five-year-old Matthew Farraday. This is just the first of the lines she will cross, as she becomes involved reluctantly in assisting police with two cases involving young children who went missing 22 years apart. At the same time the solitary Klein, who walks the city streets for hours on December nights to clear her head, must deal with her increasingly complicated personal life: the dissolution of her own analyst, the gifted Reuben McGill; the ultimatum from her new lover; and the strained relations with fractious sister-in-law Olivia and niece Chloe. Having a protagonist who's not in law enforcement and deals with the deepest secrets of humanity adds nuance and depth to what is likely to be a blockbuster series from the best-selling husband-and-wife writing team of Nicci Gerrard and Sean French. With its smart plot, crisp prose, and a stunning final twist, this is psychological suspense at its best. Absolutely riveting. Copyright 2012 Booklist Reviews.

Launching a new series of psychological thrillers, French (a husband-and-wife writing team; Losing You) introduces therapist Frieda Klein, who values the privacy of her patients as much as her own. So when a new patient describes a child he longs to have and his description closely matches that of Matthew Farraday, a five-year-old boy recently abducted, Frieda is torn. Are these the imaginings of a man who is only dreaming about what might be, or are these the musings of a man who has already acted? Did he kidnap Matthew? If he did, Frieda knows she has to go to the police. What is a conscientious therapist to do? VERDICT This is psychological suspense done right. The authors pace themselves and build the tension slowly while carefully developing each of the players. For fans of Tana French's and Lisa Gardner's moody, dark, twisty thrillers. [See Prepub Alert, 9/11/11.]—Jane Jorgenson, Madison P.L., WI

This superb psychological thriller from the pseudonymous French (The Other Side of the Door) stars a cerebral and self-contained London psychotherapist, Frieda Klein. When one of Frieda's patients describes longings for a child eerily like five-year-old Matthew Faraday, whose recent abduction is front-page news, she reluctantly reports what she hopes is a coincidence to the authorities. Det. Chief Insp. Malcolm Karlsson asks for her insights first on one aspect of the case and then on another, drawing her into an investigation involving her patient's shadowy past and an earlier abduction with subtle links to Matthew's. In a further breach of her once impeccable boundaries, Klein's personal life gets tangled as well, when her lover decides to relocate overseas, her adolescent niece grows troubled, and a colleague spins out of control. With its brooding atmosphere, sustained suspense, last-minute plot twist, and memorable cast of characters, this series debut will leave readers eager to discover what color Tuesday will be. French is the husband-wife writing team of Sean French and Nicci Gerard. Agent: Joy Harris, Joy Harris Literary Agency. (Mar.)

When the bough breaksKellerman, Jonathan

The water rat of Wanchai: an Ava Lee novelHamilton, Ian, 1946-

Some kind of peaceGrebe, Camilla