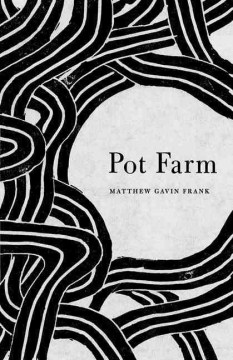 This engaging memoir chronicles the unusual route the author and his wife took to mental rehabilitation after Frank's mother's grueling, months-long battle with cancer: they took up residence on a medical-marijuana farm in Northern California. (OK, technically it was a medical-marijuana farm, but there were, let's say, some off-the-books things going on, too.) With very minor tweaks, this could easily have been a work of fiction; Lady Wanda, the farm's eccentric owner, seems too flamboyant to be real. And, in fact, she isn't, not really: the author makes it very clear, right from the get-go, that he's relying on a memory that is highly suspect (given he might have been, um, a little out of it during some of the story's events) and that he's freely changed names, particulars, and so on. So what you're reading here isn't precisely a made-up story, but a story whose relationship to actual reality is best left up to the reader to decide. In any case, it's a highly entertaining tale, no matter what you call it. Copyright 2012 Booklist Reviews.

Poet Frank (creative writing, Northern Michigan Univ.; Barolo) follows his last book, a memoir of his time in the Italian wine industry, with this story about another part of his life in a different kind of farming operation. Opening by explaining he may be stoned (he freely admits to being an unreliable narrator), he recalls the circumstances that led him and his wife to work for a medical marijuana farm in a secret location in Northern California. Filled with accounts of laboring as and with field pickers, snipers perched in treetops, and Lady Wanda (the reefer heiress and owner of the farm), the book offers a perspective on what it takes to make a living in this particular under-the-table industry. VERDICT Best suited for memoir fanatics. Some readers may take offense at Frank's blunt, crude language and descriptions, but others will relish his dark humor in recounting interactions among husband, wife, fellow workers, and Lady Wanda.—Kyrille Goldbeck DeBose, Virginia Polytechnic Inst. & State Univ. Lib., Blacksburg

After the Compassionate Use Act was passed in California in 1996, legalized marijuana became big business: "Under this proposition, patients deemed ‘seriously ill' by their doctors can legally obtain and use marijuana to relieve their symptoms." After caring for his own sick mother for over a year in his childhood home, Frank (Barolo) and his wife Johanna pack up and ship out for the Weckman medical marijuana farm in California, "hoping the experience could spark… well… something." As Frank recounts the story of their time on the farm, he readily cops to being an unreliable narrator, and, what's more, a stoned one. So while his story is not uneventful, it is veiled by a shifting fog that tends to occlude the narrative. When we are there on the ground among the pickers (the field hands), the snipers (armed guards in treetops), and the stoners (everybody), we are made to feel a little disoriented ourselves. And while this may be intentional (i.e. form reflecting content; Frank is also a poet), disoriented is no way to go through 232 pages. The result is tedium, like getting stuck in a conversation with a guy who just got high and won't stop talking about it. Though Frank is a likeable and candid narrator, his "scribblings of varying degrees of sense" amassed during his toilsome tenure amount to little more than just that. Though occasionally entertaining and obliquely informative, Frank's Farm is mostly fallow. (Mar.)