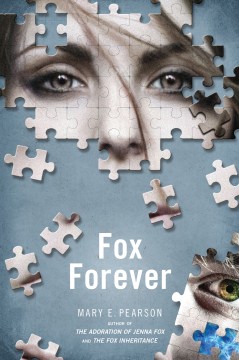 I stare at my gravestone begins the opening sentence in the third and final title in the Jenna Fox Chronicles. Bioengineering is still the core of the fast-paced action, and there is also romance as the first-person, present-tense narrative switches to Locke, 17, who returns home to Boston as part of the Resistance after 260 years of being trapped in a six-inch cube. He falls in love with Raine, daughter of the evil, powerful gangster boss. Born in different centuries, their love is amazingly timeless. Along with the bioperfect love story, the gruesome specifics will also appeal to readers, including half-human monsters without lips or eyelids. The questions will grip readers: Is it true that Raine's birth parents threw her out when she was born? Or did her father steal her from a heartbroken family? Driving the appeal of this series finale is a universal fantasy: What would it be like to return home after nearly three centuries? Copyright 2012 Booklist Reviews.

In this trilogy-ender, Locke (The Fox Inheritance) is recruited by the Resistance to find out whether their missing leader, long presumed dead, is really alive and imprisoned by Security. The Jenna Fox Chronicles distinguish themselves among dystopian novels because of their combination of genre appeal and literary merit, the juxtaposition of personal struggles and political turmoil, and the subtle exploration of human nature.

The Jenna Fox Chronicles distinguish themselves among the many dystopian novels because of their unique combination of genre appeal and literary merit, the juxtaposition of personal struggles and political turmoil, and the subtle exploration of human nature. (The premise: three teenagers killed in a car accident receive new, improved bio-engineered bodies and must survive in a society in which they are considered illegal.) In this final installment, Locke (protagonist of The Fox Inheritance, rev. 9/11) is recruited by the Resistance to find out whether their missing leader, Karden -- long presumed dead -- is really still alive, imprisoned by government Security for the past sixteen years in the hopes of recovering the eighty billion duros he stole. The plan calls for Locke to gain access to the home office of the Secretary of Security by infiltrating his daughter Raine's circle of friends. As the plot races toward its climax, Locke must find and rescue Karden and win back Raine's affection after she discovers his duplicity and betrayal -- and he must do it before the missing bank account numbers expire. The denouement offers Locke and Jenna (The Adoration of Jenna Fox, rev. 5/08) an opportunity for closure in their relationship, and the final chapter, set thirty years later, brings the trilogy to a satisfying conclusion. jonathan hunt

Pearson completes her Jenna Fox trilogy with this gripping and bittersweet volume. Locke Jenkins, whose consciousness was stored for 260 years until illegal technological advances allowed his body to be rebuilt (and enhanced), returns to his hometown of Boston. He's left Jenna, once the love of his life, in California, taking only her urgent wish that he embrace this second chance at life. First, Locke must repay the Network, a shadowy resistance group, for engineering his escape from earlier dire circumstances. The favor they ask greatly compromises his ethics: Locke must find out where the government is hiding an imprisoned rebel leader by ingratiating himself with Raine, the beautiful and conflicted daughter of a regime official. The city Locke arrives in doesn't resemble the Boston where he grew up, but there's less futuristic world-building in this installment than in The Fox Inheritance. What remains consistent is Pearson's seamless blending of speculative science with well-plotted action, as well as her ability to create introspective characters who ask challenging questions about what it means to be both human and humane. Ages 12–up. Agent: Rosemary Stimola, Stimola Literary Studio. (Mar.)