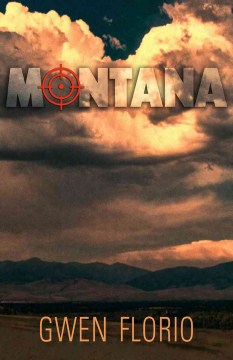 Returning from assignment in Afghanistan, foreign correspondent Lola Wicks is looking forward to a restful reentry at a friend's Montana cabin. Instead, she's greeted by her former colleague's corpse. Lola learns that Mary Alice had been writing for the local paper, digging into the past of Native American gubernatorial candidate Johnny Running Wolf. Lola doesn't trust that the local sheriff has the skills to find Mary Alice's killer, so she extends her stay and uses her investigative expertise to reconstruct Mary Alice's last days. She learns that there's a lot more than meets the eye going on in Magpie, Montana. Beyond the unemployment and the anti-meth billboards, there's big money to be made in the mountains—enough to kill for. The sparsely populated Big Sky setting will be one of the major sources of appeal for readers of this gripping debut mystery. Copyright 2013 Booklist Reviews.

Downsized by her Baltimore newspaper, war correspondent Lola Wicks heads west to northern Montana for a much-needed reunion with fellow journalist and longtime friend, Mary Alice. A searing prolog tells readers that Mary Alice has just died violently, and, needless to say, Lola is stunned when she finds her friend's body. Obviously, Mary Alice was on to something so dangerous it cost her her life. Lola's first instinct is to suspect Johnny Running Wolf, a slick Native American gubernatorial candidate who runs an intense campaign. The killer might think he snagged all of Mary Alice's latest research, but Lola knows her friend's tricks, and she haphazardly deciphers Mary Alice's clues until she unearths a startling long-held secret so implausible that it sounds almost laughable. But if it's so farfetched, maybe someone can explain why Lola's life is seriously on the line. VERDICT Breathless pacing, strong characterizations, and a nuanced plot blend into an unforgettable read. With its strong sense of place and an intriguing ethnic character mix, consider for fans of Lori Armstrong, C.J. Box, and Wayne Arthurson. Florio is a veteran journalist, so she knows her stuff. [Dakota, the second volume in the series, is scheduled for a 2014 publication date.—Ed.]

Journalist Florio's outstanding first novel introduces foreign correspondent Lola Wicks. When Lola's newspaper pulls her out of Afghanistan and assigns her to irrelevant suburbia, she plans to sneak back to Kabul, but first she decides to visit Mary Alice Carr, a friendly former colleague who's settled happily in the Montana boondocks. After stumbling on Mary Alice's corpse, Lola soon encounters a fledgling sheriff who labels her a material witness, a glad-handing Blackfoot candidate for governor with murky campaign finances, and a studly rancher who's only too happy to make her feel welcome. She begins pursuing the leads Mary Alice was working on as a local reporter, discovering that the major corruption and mortal danger she became used to overseas are just somewhat better hidden in the peaceful American countryside. Quirky and cantankerous, Lola is grudgingly willing to learn from experience. Believable action complements razor-sharp observations of people and scenery. Agent: Barbara Braun, Barbara Braun Associates. (Oct.)

Edge of evilJance, Judith A.