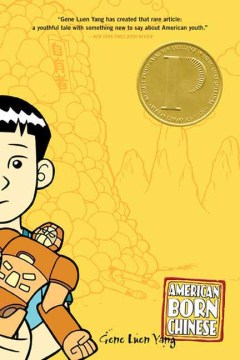 Jin Wang is the only Asian American boy in his new school; Danny is a young man deeply embarrassed by his visiting Chinese cousin, portrayed deliberately by the author as an ethnic cliché; and the Monkey King, a figure from Chinese lore, is desperate to be treated like a god. This humorous, insightful story relates how three characters overcome hurdles to find satisfaction within themselves. A wonderful take on the coming-of-age genre and the challenges of assimilation. (LJ 3/15/07)