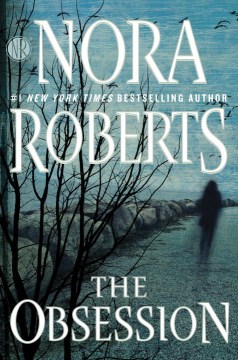 *Starred Review* Naomi Carson has one rule in life: never look back. Late one hot night 17 years ago in Pine Meadows, West Virginia, young Naomi saw her father, Thomas Bowes, sneaking out of the house. On a whim, she decided to follow him, hoping that her father might be hiding the bicycle she desperately wanted for her birthday. What Naomi discovered instead in the root cellar of an abandoned cabin was most certainly a surprise, but definitely not the good kind. Naomi did what she had to do to see that justice was served, but after the dust settled and her father was in prison, she adopted a new last name and never looked back. Now a successful photographer, Naomi finds her dream home in the small town of Sunrise Cove, Washington, and begins making plans to finally settle down. But just as she is renovating the place and building a new relationship with sexy mechanic Xander Keaton, her past comes knocking at her door. Roberts retains her impeccably high standards in this excellently executed tale, once again dazzling readers with a sophisticated blend of edge-of-your-seat suspense and sexy romance. HIGH-DEMAND BACKSTORY: Roberts has more than 600,000 Facebook followers, and all will be courted by a major national print and online media campaign, ensuring that her latest will become another best-seller for the Queen of Romance. Copyright 2014 Booklist Reviews.

Two days before she turns 12, Naomi Bowes rescues a woman from a cellar in the West Virginia woods near her home and discovers that her strict, Bible-thumping father is a sadistic serial killer. Stunned but determined to be strong, Naomi is taken in by her uncles and swept off to the East Coast (along with her mother and young brother) to begin a new life as Naomi Carson, eventually becoming a brilliant freelance photographer. Yet the taint of her father's crimes lingers, and for years her own nightmares keep her on the move. Now, 16 years later in a quiet seaside community on the other side of the country, Naomi has finally found a place that feels like home—and a man she's coming to love. Then the killings start, and the links to the past are impossible to ignore. A talented woman haunted by her father's insanity but determined to live life on her own terms and a solid renaissance man lay old ghosts to rest and help bring a scoundrel to justice. VERDICT This riveting tale benefits from an immensely likable supporting cast and its rewarding blend of suspense and romance. Brief glimpses into the killer's mind add a chilling touch to a story you won't be able to put down. Roberts (Stars of Fortune) lives in Keedysville, MD. [An April LibraryReads pick.]

Romance queen Roberts entices readers with a winning tale in which a woman tries to embrace love even as horrific events of her past threaten her happiness. Naomi Bowes was just a young girl living in West Virginia when she discovered a cellar where her father was keeping his latest rape victim. After helping the victim escape and getting the police involved, Naomi and her mother and brother try to go on with their lives, though it's a constant struggle. The past seems to constantly encroach on Naomi's life, even though she changes her name and lives with her uncle and his husband. Years later, Naomi is a successful photographer who finds solace in the small town of Sunrise Cove, Wash., where she buys an old house and works on remodeling it. She also finds unexpected love with local mechanic Xander Keaton. As she lets him into her heart, her world is shattered by a series of gory murders. Roberts has an unparalleled ability to paint a picture with words—readers will easily picture Naomi's photographic art and her rambling home with its beautiful view—and the story is expertly executed. Sizzling romance, affable characters, and enticing suspense make this a read to be savored. Agent: Amy Berkower, Writers House. (Apr.)

Sooner or laterAdler, Elizabeth (Elizabeth A.)

The McCullagh Inn in MaineMcLaughlin, Jen