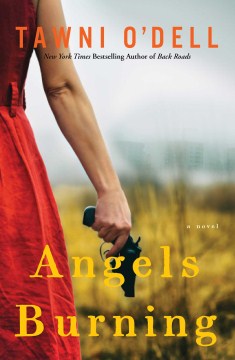 Dove Carnahan is the chief of police in a small town in Pennsylvania. Once on the fast track with the state police department, she abruptly left for her small hometown, much to the disappointment of her mentor, Nolan. They still work together and occasionally sleep together, so when a teenage girl's body is found half-burned, Chief Dove welcomes his help. The cause of death wasn't the fire, but the blaze did enough damage to delay identifying the victim as Camio, the shining light in a terribly dysfunctional family of drunks, drug addicts, and worse. Camio's boyfriend is the immediate suspect, as are members of her family, but everyone seems to have alibis. That Chief Dove herself comes from a similarly hideous background makes her all the more motivated to get to the bottom of Camio's murder, which will require exposing a small town's ugly secrets. This is one of those psychological thrillers that is almost impossible to put down, but, remarkably, in the midst of all that narrative drive, there is also some truly lovely prose here. Copyright 2014 Booklist Reviews.

Oprah author O'Dell visits small-town Pennsylvania, where Police Chief Dove Carnahan—a local dedicated to both job and community—must face some terrible darkness in her past when a teenage girl is beaten to death.

The crime scene is one of the worst Dove Carnahan has ever seen as a police chief: the body of a 17-year-old girl is found in a fiery sinkhole in a defunct western Pennsylvania coal town. Camio Truly seemed to be the white sheep in a severely dysfunctional family, the promising student who was determined to make something of herself. So who wanted her dead? As Carnahan and her force assist Cpl. Nolan Greely of the State Criminal Investigations Division on the case, Carnahan's past returns to haunt her. The man convicted of killing her mother 35 years earlier is just out of prison, still maintaining his innocence and vowing to make trouble for Carnahan and her sister for setting him up. Carnahan's brother also suddenly reappears, after a 25-year absence, with his young son. VERDICT This compelling, fast-paced mystery feels like part of a series rather than a stand-alone, with its smart, self-aware protagonist. O'Dell's (Fragile Beasts) latest is character-driven crime fiction at its best. Readers will want to see more of Carnahan. [See Prepub Alert, 7/27/15.]—Michele Leber, Arlington, VA

At the start of this emotionally charged novel from bestseller O'Dell (One of Us), police chief Dove Carnahan and her officers gather at a horrific crime scene in the abandoned mining town of Campbell's Run, Pa. Stuck in a hole in the ground is the body of a teenage girl, badly burned on her upper torso, who's later identified as 17-year-old Camio Truly. With the aid of Corporal Nolan Greely, a detective in the state police Criminal Investigations Division, Dove seeks to learn all she can about Camio from the members of the girl's extended blue-collar family. The Trulys are uncooperative, and their distrust of Dove is all too evident. Yet Dove is determined to discover who among this apathetic and hate-filled clan may have had a motive to kill Camio. Meanwhile, Lucky, the man who decades earlier murdered Dove's beautiful, promiscuous mother, is released from prison. O'Dell does a stellar job of depicting the despair of those who live in a blighted rural community, while providing a complex study of the human soul and the fragile line that's crossed when someone chooses to end another person's life. Agent: Liza Dawson, Liza Dawson Associates. (Jan.)

The stranger you seekWilliams, Amanda Kyle, 1957-

A gathering of secretsCastillo, Linda