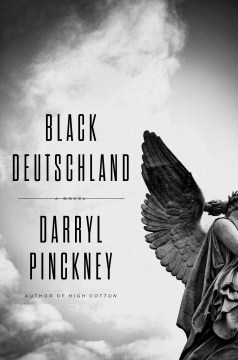 Every summer during the 1980s, Jed, a young, black, and gay Chicagoan, feels drawn to West Berlin. There he finds boys, booze, and drugs, then inevitably returns home heartbroken. Jed says he left pieces of himself in Berlin, "like a bird carrying its feathers one by one to a distant nest," and he'll only find happiness when he lives there permanently. To that end, he secures a temporary job with a well-known architect and a room in his married cousin's home. But like every dreamer who moves to vacation paradise, Jed must deal with real life. His job prospects falter, love proves elusive, and other people's troubles and failings affect his plans. He even gets kicked out of his cousin's house and ends up in a co-op room with a bath down the hall. While the flow-of-consciousness writing and the scenes switching back and forth between Chicago and West Berlin can at times be disorienting, Pinckney's images of both cities and the people within them are vivid as he captures the time in which the two Berlins became one again. Copyright 2014 Booklist Reviews.

A frequent contributor to the New York Review of Books; author of the novel High Cotton, which was awarded the Los Angeles Times Art Seidenbaum Award for First Fiction; respected for his nonfiction, which includes the recent Blackballed: The Black Vote and US Democracy; and a collaborator with theater genius Robert Wilson, Pinckney is always interesting. In this second novel, which enfolds the sexual and racial issues that accentuate much of his work, a young, black, gay man named Jed flees Chicago for 1980s West Berlin.

In this bildungsroman, Jed—young, queer, black, a recovering addict—flees Chicago for Berlin during the age of Reagan and the AIDS epidemic.

In his debut novel, High Cotton, Pinckney created a narrator who resists the reductive racial identity thrust upon him by society and embarks on a journey to define his individualism against and within the historical truth of his family, race, and upbringing. Similar themes run through this novel, as we follow Jed Goodfinch, a recently sober, young, gay black man in search of intellectual and psychological redemption in the fading days of West Germany. Escaping his native Chicago to live with his second cousin, Cello, Jed accepts employment with a renowned architect with an eye toward rebuilding Berlin in prewar stylings. In an attempt to restructure both the city and his own fragmented identity, Jed enters liminal stages of transition from addiction to sobriety and American to expat as Germany undergoes reunification. Meanwhile, his complicated but stable family structure crumbles, forcing Jed to close the physical and emotional distance between his new life in Berlin and his childhood roots in Chicago. VERDICT In a narrative that intersperses humor with literary parables, Pinckney successfully prods at the protected and tightly bounded yet fraught arena of self-actualization and identity. [See Prepub Alert, 8/3/15.]—Joshua Finnell, Los Alamos National Laboratory, NM

Two distinct settings—West Berlin and Chicago—serve as backdrops for this richly imagined second novel by Pinckney (High Cotton). Set in the 1980s, the story spans several years in the life of Jed Goodfinch, a young gay black man with a rehab stint in his past and an Isherwood-nurtured sense of Berlin as a site of intellectual and sexual liberation. "Like most American queers in West Berlin," he says, "I was in love with Weimar culture." In his late 20s, Jed, a lover of architecture, flees his native Chicago for Germany to work for N.I. Rosen-Montag, a famous and controversial architect on a "back-to-the-eighteenth-century-scale crusade." When the gig eventually falls through, Jed sticks around, having a cadre of fellow expatriates, part- and full-time lovers, and family—a second cousin, Cello, who embodies Berlin's "traditional high culture"—to rely on (or not). Occasional trips back to Chicago, where Jed's family is deeply involved in black society and politics, telegraph the ugly reality of race in America. In Berlin, Jed is "that person I so admired, the black American expatriate," but, in the White City, he's "an embodiment of a social problem, the old slander of what black men were like." Teeming with characters, historical minutiae, and observations on art, Pinckney's novel is a lively, inviting, and beautifully written story of survival by intellect. Agent: Rose Cobbe, United Agents. (Feb.)