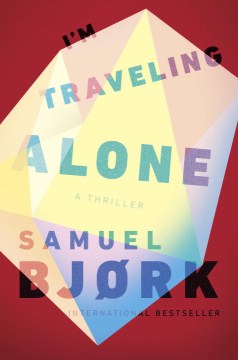 *Starred Review* The shocking murder of a little girl reunites Oslo police investigator Holger Munch and his brilliant, intuitive colleague Mia Krüger. When the body of the six-year-old is found, dressed in doll clothes and wearing the airline tag, "I'm traveling alone," Mia spots the numeral one scratched on the girl's fingernail and predicts there will be more such murders. Mia, reclusive and suicidal since she shot the junkie boyfriend of her late twin sister, rejoins the Violent Crimes Section and sees her prediction hold true, as the body count of six-year-old girls rises and Munch's beloved granddaughter becomes a target. The investigation eventually encompasses a nursing home, where aging residents are urged to leave their estates to a strange nearby church, and brings up a cold case from six years earlier in which an infant disappeared. And finally it turns personal, for both Munch and Mia. Nordic writers seem to reach a colder, darker place in their crime fiction than most other writers do, and Bjørk (the pen name of Norwegian novelist, playwright, and singer/songwriter Frode Sander Øien) exemplifies this in his American debut. A suspenseful, skillfully wrought thriller with the potential for a sequel, this is thoroughly chilling and an excellent read-alike for Jo Nesbø fans. Copyright 2014 Booklist Reviews.

Already a well-known novelist, playwright, and singer/songwriter in his native Norway (under the name Frode Sander Øien), Bjørk leaps into the Scandinavian crime fiction game with this story of a special homicide unit in Oslo investigating the hanging of a little girl, who has an airline tag reading "I'm traveling alone" pinned to her clothes. Rights sold to 24 countries.

After a six-year-old girl is found dressed up like a doll and hanging from a tree, police investigator Holger Munch rebuilds his disbanded Oslo Violent Crimes unit. Once he has located and brought brilliant detective Mia Krüger back from her self-imposed exile, Munch rounds out the team with colleagues both old and new, including Gabriel, a bright young computer hacker who has just been recruited to the force. When more girls go missing, the team race against the clock to find the killer before it's too late. Mia's deductive skills rival those of Sherlock Holmes, but even she is having trouble getting to the bottom of this mystery that may involve one of Munch's old unsolved investigations, a nursing home, a famous actor, and a religious cult. It soon becomes apparent that the killer has a special grudge against Munch and Mia. VERDICT A breath of fresh air in the crowded Scandinavian crime genre, this suspenseful novel (the first of the author's works to be published in United States) by Bjørk, the pen name of Norwegian novelist, playwright, and singer/songwriter Frode Sander Øien, will hook readers early and keep them on the edge of their seat until the final pages. Fans of Jo Nesbø are sure to enjoy the flawed yet likable characters. [See Prepub Alert, 8/24/15.]—Portia Kapraun, Delphi P.L., IN

Bjørk (the pen name of Norwegian novelist Frode Sander Øien) makes his U.S. debut with this brooding serial killer thriller. Oslo detectives Holger Munch, a math nerd who dotes on his six-year-old granddaughter, and Mia Krüger, a brilliant profiler who has burned out on her disheartening job and is on the verge of self-destruction, are on the trail of a murderer, whose first victim, a six-year-old girl, was found hanging from a tree by a jump rope, perfectly bathed and groomed, dressed in doll clothing. Similar killings follow. Munch and Krüger realize that they're dealing with a resourceful perpetrator who plans meticulously and seems always to be a step ahead of them. Krüger eventually discovers that the killer may have a personal vendetta, and when Munch's granddaughter is threatened, she and Munch must gaze into their own pasts for crucial clues. Bjørk doles out characterization and exposition in multiparagraph lumps, but harrowing and enthralling action sequences more than compensate. (Feb.)

The boy in the shadowsVallgren, Carl-Johan