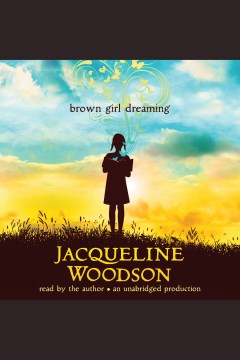 In this memoir in verse, Woodson offers an intimate, immediate portrait of her unfolding childhood, haunted by specters of discrimination and cheered by the comfort of family. The author's own narration, with the resonance of a storyteller, is plainly conversational. Her easy cadence leaves phrases open, ready to accept the next line, establishing a comfortable, familiar rhythm perfectly suited to the natural verse. Never calling attention to itself, Woodson's honest reading, with nuanced pauses, inflections, and occasional whispers, invests the emotional impact in service to the poetry, where it belongs. The memoir is already receiving lots of attention, and this audio production offers another entry point into a compelling, transformative life story. thom barthelmes Copyright 2014 Horn Book Magazine.