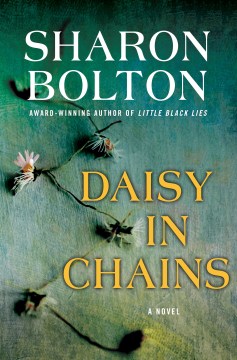 Maggie Rose is a best-selling true-crime writer who chooses her projects carefully. Hamish Wolfe is a serial killer convicted of murdering at least three plus-size women, and he also happens to be good looking and charismatic—so much so that he has a fan club, led by his mother. Mother and son try to engage Maggie to prove Hamish innocent, but they are unable to offer any new evidence or alternative theories. Nevertheless, Maggie is intrigued and decides to do a little preliminary digging. She speaks with the case detective, visits Hamish in prison, and speaks with the group that wants him freed. There are enough anomalies that Maggie investigates further and turns up some interesting evidence. Meanwhile, someone is snooping around her house, and the tension ratchets up after a break-in. The story is enriched with newspaper articles and various prison letters, and the narrative offers a trail of red herrings. Unfortunately, the ending goes off the rails, in part because yet another author feels obligated to have her unreliable narrator nod to Gillian Flynn's Gone Girl (2012). Copyright 2014 Booklist Reviews.

Defense attorney Maggie Rose, also a skilled writer, is not universally appreciated for her ability to overturn convictions. Hamish Wolfe, imprisoned for a series of nasty killings he claims not to have committed, wants Maggie to prove his innocence—and write his story. He surely is charming and persuasive. Mary Higgins Clark Award winner Bolton used to published as S.J. Bolton.

Hamish Wolfe has served two years in prison for the murders of four obese women. He claims innocence and contacts controversial lawyer and best-selling author Maggie Rose to overturn his conviction—and write his story. Prepare to be drawn into this mystery through alternating perspectives and Bolton's epistolary style, which serve to misdirect readers and only provide subtle clues to the truth. Through the newspaper articles, love letters, book drafts, and the traditional narrative, readers will learn of Wolfe's off-kilter fan club, the budding relationship between Maggie and the detective on the case, and why these four lives were taken. VERDICT The literary styling of this latest work from Bolton (Little Black Lies; "Lacey Flint" series) makes this a quick read, but the multiple plot threads will occupy readers' minds for days after they finish. Fans of Lisa Gardner and Karin Slaughter will savor this twisty crime novel that invites many rereadings. [See Prepub Alert, 3/14/16.]—Natalie Browning, J. Sargeant Reynolds Community Coll. Lib., Richmond, VA

Cancer-surgeon Hamish Wolfe, the villain of this plodding and predictable thriller from Mary Higgins Clark Award–winner Bolton (Little Black Lies), is stuck at Parkhurst prison on the Isle of Wight, having been convicted two years earlier for the murders of three overweight women in Somerset. The outside campaign to secure his release, known as the Wolfe Pack and led by his mother, reaches out to reclusive but successful attorney and author Maggie Rose, whose success rate for overturning the guilty convictions of seemingly heinous criminals is astonishing. Rose, who's reluctant to invest time in a case that seems airtight, befriends Det. Sgt. Pete Weston, the case's lead detective. At first, nothing points to another killer, but Rose smells a rat. She wades into the murky waters of Wolfe's Oxford past and the socially charged debate over body image that plagues the case and its victims. In a text overflowing with letters and emails, Bolton leaves little room for any real suspense or richly developed characters. Agent: Anne-Marie Doulton, Ampersand Agency (U.K.). (Sept.)

The silence of the lambsHarris, Thomas, 1940-

Diary of a serial killerGaffney, Ed.