You don't look your age ... : and other fairy tales / Sheila Nevins. 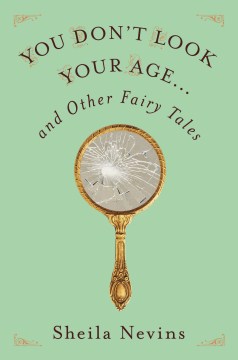 What and why women want persist as questions that intrigue or nag, depending on who's asking. Here, three memoirists write about what they want and how they figured out how to get it.

Beset by tearful miseries and strong yearnings at age 44, journalist and critic Dederer (Poser) set out to determine what was happening to her—and why. In search of the reason for her erotic jump-start, she digs out her youthful diaries and revisits the Seattle of her sexy, "pirate girl" teenage years as well as the Oberlin of her angst-ridden college years and several other (literal and figurative) hot spots from her past. In unvarnished prose, she unravels the threads holding together the domesticated wife-mother-writer-persona she had assembled and examines the woman, formerly wild child, underneath. Her elegantly structured, expansive, and unapologetic account captures the sense of one woman's self about as honestly as it is possible to do on a page.

Grey, a pseudonymous British columnist for the Guardian, documents her experiment in online dating after her unexpected, unpleasant, and unwanted midlife divorce. Determined to achieve coupledom again via the matchmaking powers of online dating, she endures years of inaccurate profiles, deceptive photography, misleading emails, disappointing first dates, awkward sex, and requests of an extremely personal nature involving Skype. Grey's report of her odyssey through the world of men thought to be appropriate for her is hilarious and detailed. She kisses her way through a whole house full of frogs in search of a prince and, luckily for her readers, keeps notes on the process. Woven throughout the chronology, however, are strands of dating fatigue and skepticism about the process as a whole. After all, she reasons, would a dating website have suggested her polar-opposite type parents to each other?

Nevins, a veteran documentary producer and president of HBO Documentary Films, presents a series of essays, poems, and brief sketches intended to capture her more than 50 years working in the media industry. The 77-year-old author is coy about whether or not she is the featured character in the pieces yet promises that all of the stories she tells are true, even if she is hiding behind other names. She discusses topics as disparate as how a "Cosmo girl" style evolved into something less dependent upon the trading of sexual favors in the workplace, to the guilt heaped upon working mothers by others (including other women, and in one comic case, a hamster). Her tone is conversational and her powers of observation sharp, whether discussing the terrors of waiting for a mammogram or skewering a philandering male. Grey's and Nevins's titles will appeal to anyone in similar circumstances, but Dederer's memoir speaks eloquently to questions all women have.—Thérèse Purcell Nielsen, Huntington P.L., NY