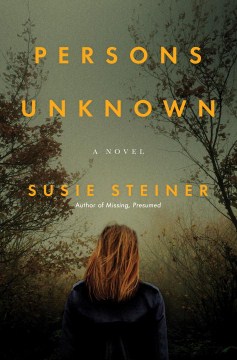 *Starred Review* When we first met 39-year-old Detective Sergeant Manon Bradshaw (Missing, Presumed, 2016), she was something of a legend in the Cambridgeshire Major Incident Division, a woman determined to live life on her own terms. A few years have gone by, during which she attempted relocating to London for the sake of her adopted son, Fly, an adolescent "crippled by loss" yet extremely sensitive and self-directed. But he was constantly being stopped by police immediately suspicious of a black kid in a hoodie, and Manon began to worry that he was falling in with the wrong crowd. They have moved back to Cambridgeshire, where she finds herself relegated to the cold-cases unit, five months pregnant but still single and hoping the lighter workload will provide more time to spend with Fly and prepare for her special delivery. Instead, Manon finds herself on the brink of exhaustion, investigating on her own when a wealthy businessman is found stabbed and Fly becomes the prime suspect. Steiner's journalism experience serves her well here, and she has created a masterful mystery within an engaging narrative perfect for Kate Atkinson fans. Readers will be astonished by the unexpected turns at the conclusion, which will leave fans eagerly awaiting the next book. This series needs to be snapped up by the BBC or PBS. Copyright 2017 Booklist Reviews.

Det. Manon Bradshaw is working 9-to-5 cold cases when the London banker found murdered near police headquarters proves to be sister Ellie's former flame and the father of her toddler son. Following Missing, Presumed, a big debut last year.

Det. Manon Bradshaw, single and five months pregnant, has transferred back to Cambridgeshire to work cold cases. She sets up house with her 12-year-old adopted son, Fly; her sister, Ellie; and Ellie's toddler, Solly. The move from London, and Manon's attempt to balance work and life hasn't been successful and the combined household is stressed and unhappy. The murder of a wealthy businessman turns out to be connected to Manon's family; when Fly becomes the main suspect, Manon is pitted against her colleagues. It's quite a full plate she has to balance: the unexpected possibility of a new love, the effects of family secrets and ineffective communication, as well as her visceral anger and fear about Fly's arrest. With its multiple viewpoints, this follow-up to the acclaimed Missing Presumed is another engrossing stunner, incorporating social justice issues into the narrative along with superb plotting, dark humor, and excellent characterizations. Perfect for admirers of Kate Atkinson's books. [See Prepub Alert, 1/4/17.]—ACT

Det. Insp. Manon Bradshaw is back in Steiner's stellar sequel to 2016's Although she's officially assigned to missing persons cases, Manon couldn't be more interested in the inquiry into the stabbing murder of London wealth manager Jon-Oliver Ross, given the case's personal ties to her family. After her brief stint in London, during which she adopted her 12-year-old son, Fly Dent, Manon decided to return home to Cambridgeshire, much to Fly's dismay; he hates being the only black boy in a predominantly white village. Racial profiling is everywhere; Fly soon becomes the prime—and only—suspect in the murder of Ross, who came to Cambridgeshire to visit his ex-girlfriend and son—Manon's sister, Ellie, and nearly three-year-old nephew, Solomon. Manon's old team, including her former underling, the recently promoted Det. Sgt. Davy Walker, seem quick to jump to conclusions and align the evidence so that it points to Fly as the culprit. Steiner grapples with serious social justice issues in a darkly humorous crime novel not to be missed. Agent: Eleanor Jackson, Dunow, Carlson & Lerner. (July)

Too close to breatheKiernan, Olivia