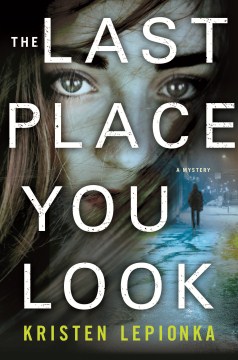 *Starred Review* PI Roxane Weary is a lot like her father, Frank, a cop killed in the line of duty nine months earlier: she looks like him and drinks like him, and she's taken to sleeping with his former partner. So she goes back to Frank's notebooks when she gets a new case. Danielle Stockton's brother, Brad, is scheduled to die in two months for the murders of Sarah Cook's parents 15 years ago and the presumed murder of Sarah, his girlfriend, whose body was never found. But Danielle is sure she just spotted Sarah in town, so Roxane starts looking for her, thus arousing the ire of the local police force even after she finds the long-buried body of a woman. The body is not Sarah's, but it reveals unsolved murders of women, an anomaly in this small Ohio town. Roxane is a wonderfully complex character, involved in complicated sexual relationships, still struggling with her relationship with her father, and absolutely dogged in her pursuit of the truth. This is a remarkably accomplished debut mystery, with sensitive character development and a heart-stopping denouement. Let's hope there are more Roxane Weary novels on the way. Copyright 2017 Booklist Reviews.

Reeling from her cop father's death, Roxane Weary, a Columbus, OH, private investigator, is self-medicating with alcohol while also contending with her conflicted feelings over her on-again off-again relationship with Catherine, her manipulative first love. She reluctantly takes on a closed case when a woman asks her to look into new information that may stave off her black brother Brad's upcoming execution for the murder of his white girlfriend's parents. Sarah Cook was a beautiful blonde teen who disappeared the night her parents were murdered, and Brad's sister thinks she spotted Sarah recently. Roxane is drawn into the case and discovers that there are connections between several girls who have gone missing or turned up dead and a case her father was once working on. Roxane's innate stubbornness and support from her close yet dysfunctional family are necessary to help her unravel dark secrets from the past and confront escalating skirmishes with the local police intent on hindering her investigations. Introducing a fascinating protagonist who combats her emotional demons with the aid of sugar, booze, and sex, this suspenseful, original, and confident debut will please fans of the hard-boiled PI genre.—ACT

Lepionka's assured debut introduces persistent and problematic PI Roxane Weary, who walks the mean streets of Columbus, OH, fueled by sugar, alcohol, bad relationships, and the love of her dysfunctional family. Weary reluctantly takes on the closed case of a death row inmate and discovers connections to other cold cases, including one investigated by her late cop father. A swift-moving, gritty mystery that will keep readers glued to their beach towels. (LJ 5/1/17)

Convicted killer Bradford Stockton, whose case propels Lepionka's action-packed if uneven debut, is scheduled to be executed in two months for the stabbing murder 15 years earlier of the parents of his girlfriend, Sarah Cook. Sarah went missing the day of the crime and is presumed dead. After Brad's sister, Danielle, thinks she sees Sarah outside a suburban Ohio gas station, she hires PI Roxane Weary to find Sarah, in the hope that doing so will prove Brad's innocence. While Roxane investigates, she's harassed by phone calls from someone who breathes heavily but says nothing. Moreover, her car is broken into, the police keep pulling her over for no reason, and she spots a man looking into her apartment window. A loving but dysfunctional family and a habit of overdrinking don't make matters any easier for her. Lepionka has created an appealing, relatable lead, but she falters near the end as Roxane takes too many unlikely risks. Agent: Jill Marsal, Marsal Lyon Literary Agency. (June)