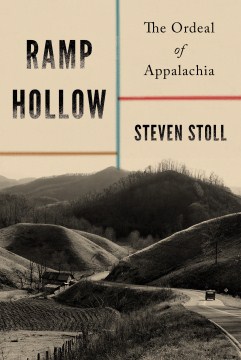 Stoll (Fordham Univ., The Great Delusion) examines the journey of the residents of the southern Appalachian mountain region, from subsistence farmers to employees of mills and coal mines, who lost their land and their autonomy in the process. The author also looks at the story of Appalachia in the context of the larger histories of labor and industrialization, and presents a broad history of capitalism and dispossession, beginning with the enclosure of common land in England in the 18th century. In a wide-ranging narrative, this chronicle touches on many aspects of the region, including the Whiskey Rebellion, the founding of West Virginia, and even the origins of the feud between the Hatfields and McCoys. Stoll closes with a recommendation, presenting a proposal for "Commons Communities" as a way of restoring areas ravaged by coal mining through communal farming and governance. This is not a regional history. Rather, Stoll uses selected examples from Appalachia's past to argue that the move from subsistence farming to wage work is one from independence to dependence, bringing not progress but despair. Recommended for readers interested in U.S. economic history or the history of labor.—Nicholas Graham, Univ. of North Carolina, Chapel Hill

Reviewed by Sarah Jones Appalachia is many things, depending on whom you ask. Observers have at various points christened it the other America, the land outside time, and, more recently, Trump country. But for many of us, it is simply home, and we don't recognize much of it from its media portrayals. We know it as an uneasy and lovely place, shaped by addiction and ecological degradation and a history of open class war. But these complications rarely make it into media coverage. Appalachia seems to matter little to outsiders unless it is an election year or time for one of Remote Area Medical's free clinics, when photographers and journalists who otherwise never step foot in the area swarm to document the spectacle of its poverty. J.D. Vance's popular only reinforced this image of Appalachia as a dysfunctional place, doomed by its own bloody intransigence. But poverty is not a cultural problem, in Appalachia and elsewhere. It is a problem of power, defined by who has it and who does not. Stoll (), a professor of history at Fordham University, examines this issue exhaustively, fixing a genealogy of Appalachian poverty that places the problem in its proper political and historical context. Stoll identifies it, correctly, as a consequence of dispossession. By giving it a distinct pedigree, he helps readers understand why Appalachia became poor and why it has stayed that way for so long. "The way back to Appalachia leads through the history of capitalism in Great Britain," Stoll writes. Capitalism is the specter haunting Appalachia. Stoll focuses specifically on the practice of enclosure, employed first by England's feudal lords to establish the concept of private property. Victorian England's moralists favored the practice and, later, so did American tycoons and corporations, who used it to gain access to Appalachia's natural resources. The region's coal and timber made it valuable. Now the free market is moving on, leaving an exsanguinated corpse behind. Stoll is not the first academic to attribute Appalachian poverty to the influence of external forces. But his work is distinct in its emphasis on the practice of enclosure and his decision to connect Appalachia's dispossession to the material dispossessions whites inflicted on freed slaves and that empires and transnational conglomerates later inflicted on colonial and postcolonial nations. Though Appalachia's "development" lacks the racialized aspect present in the latter two examples, a thread connects each: the idea that capitalism is a civilizing force. Stoll's is an academic work, but that should not deter readers. He is an appealing writer. The book's most significant flaw occurs late in its final third, when he veers sharply from analysis to commentary. Even so, it is a minor issue. Stoll's insights on how Appalachia became what it is today are an important corrective to flawed commentary about a much-maligned place. Sarah Jones is a staff writer for the New Republic, where she covers politics and culture.

Going over home: a search for rural justice in an unsettled landThompson, Charles Dillard, 1956-

Lost mountain: a year in the vanishing wilderness : radical strip mining and the devastation of AppalachiaReece, Erik

Reckoning at Eagle Creek: the secret legacy of coal in the heartlandBiggers, Jeff, 1963-

The dreamt land: chasing water and dust across CaliforniaArax, Mark, 1956-

The big marsh: the story of a lost landscapeRegister, Cheri, 1945-