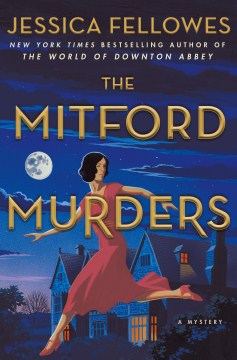 The "upstairs, downstairs" aspects of England after WWI come to life in this mystery by Fellowes, a niece of Downton Abbey creator Julian Fellowes. The main have-not character here is Louisa Cannon, the cold, hungry niece of a horrible man who tries to force her into prostitution. Luckily, she finds a job "in service" to Lord Redesdale and his real-life family, the Mitfords. What's not so fortunate is that on her journey to Asthall Manor she witnesses a possible murderer making a getaway. Louisa and the flighty, husband-hunting eldest daughter of the house, Nancy Mitford, work together to solve the crime, helped by two young men, one who was left behind when war began and the other who can't forget what he endured at the front. This pitch-perfect mystery, based on a real crime, features the genteel Edwardian social dystopia beloved by fans of Downton. Those drawn to the WWI angle could also try Siegfried Sassoon's classic Memoirs of an Infantry Officer (1930). Copyright 2017 Booklist Reviews.

Having staked her claim to New York Times best-sellerdom with a bunch of Downton Abbey companion titles, Fellowes draws on an unsolved crime from the 1920s in a mystery starring Louisa Cannon, up from London poverty and working as a maid for the Mitford sisters (yes, those Mitfords). She and 16-year-old Nancy Mitford are caught up in the investigation when a nurse, named Florence Nightingale Shore after her famous godmother, is bloodily dispatched on a train.

In her first novel, the author of five companion books to the PBS series Downton Abbey brings readers a classic mystery based on a 1920s unsolved murder in England. The plucky heroine, Louisa Cannon, flees an abusive uncle in London to take a job as a nursery maid in the country for the Mitford family. Sixteen-year-old Nancy Mitford (the future novelist and one of the famous Mitford sisters) develops a keen interest in the murder of Florence Nightingale Shore, a retired wartime nurse, on a train. Louisa and railway police officer Guy Sullivan follow the leads with Nancy's help. There are plenty of surprises and the side plot involving Louisa's uncle rounds out the story. The secondary characters are well developed; you can almost see Nanny Blor bustling around the nursery. Glimpses of post-World War I England, the lives of both the poor and the rich, and the workings of the eccentric Mitfords add to the atmosphere. Fans of Agatha Christie or Jacqueline Winspear's "Maisie Dobbs" series will savor this take on the locked-room mystery. [See Prepub Alert, 7/3/17.]

The members of the real-life Mitford family figure prominently in British author Fellowes's appealing fiction debut (after , about the hit TV show created by her uncle, Julian Fellowes), which explores the tensions between upstairs and downstairs in an upper-class household. On Christmas Eve, 1919, impoverished Louisa Cannon, who has just come close to picking a man's pocket on a London street, runs into a friend she hasn't seen in years, who's accompanied by the eldest of the six Mitford sisters, Nancy. This chance encounter leads Louisa to a position as a nursemaid at Asthall Manor, the Mitfords' estate in Oxfordshire. Meanwhile, real-life Florence Nightingale Shore (Florence Nightingale's god-daughter), who served as a nurse during WWI, is fatally bludgeoned on a train between London and Brighton. Guy Sullivan, a railway policeman eager to earn his family's respect in spite of the humble nature of his duties, gets involved in the search for Florence's killer, as does Louisa after she learns that the dead woman had a connection to her new employers. The fairly clued solution makes for a satisfying ending.

The house at RivertonMorton, Kate, 1976-