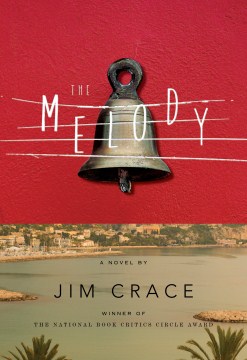 In an otherworldly town along the Mediterranean, surrounded by woods in which desperately poor people reside, Crace's (Harvest, 2013) eleventh novel follows the recently bereaved singer, Al Busi. Told from the perspective of a mysterious, loving narrator, the story begins when Al steps outside to investigate noises in his front yard and is bitten and beaten by what he believes is a naked male child. The press coverage links the attacker to town myths of an ancient people from the woods and a "missing link" of evolution, and Al's heartless nephew, Joseph Pencillion, who has designs on becoming mayor, drums up the fear of the town's poor for his own nefarious purposes. Similar to Richard Powers' Orfeo (2014) in the protagonist's musical past and recent bereavement, this parable-like narrative has a mocking tone similar to the work of Jean-Philippe Toussaint. Exploring ideas of myth, grief (the depiction of how Al copes with his wife's death is particularly moving), and inequality, Crace's latest is an ethereal novel that ambles and simmers towards a delightful conclusion. Copyright 2018 Booklist Reviews.

Celebrated for his beautiful music, Alfred Busi now sits alone in his villa, mourning his recently deceased wife. One night, he's attacked in his courtyard, and the townsfolk revive rumors of an ancient people in the nearby woods while bemoaning the dangers posed by the homeless. Again, the Whitbread Award-winning, Man Booker short-listed author creates a one-of-a-kind world.

The Man Booker short-listed Crace (), gifted at creating one-of-a-kind worlds, here immerses us in the beautifully limned if somewhat claustrophobic life of Alfred Busi, famed for his music in his unnamed town but now past his prime and mostly sitting alone in his villa, mourning his recently deceased wife. The night before he is to receive the town's Worthiness Award, he is attacked in his courtyard. His officious sister-in-law suspects a cat, but Alfred feels certain it was a child. After he accepts the award with his face bandaged, a news story by underhanded reporter Soubriquet fuels rumors of an ancient, Neanderthal-like people in the nearby woods even as fears of the homeless burst into flame. Meanwhile, Alfred's opportunistic nephew Joseph, a businessman aspiring to be mayor, plans to sell the villa out from under his uncle and build swanky apartments. Even Joseph's mother is appalled. The not entirely surprising discovery of the attacker's identity, plus Alfred's new friendship with a neighbor also threatened by Joseph's scheme, create a gentle denouement. Slim yet at times overextended, this wistful story of memory, family conflict, and human small-mindedness will satisfy literary readers in an autumnal mood. [See Prepub Alert, 12/11/17.]

This haunting and transfixing novel by the British author of and is set in a world just parallel to our own, somewhere on the edge of a nameless sea. Widowed Alfred Busi, semiretired from a career as a world-famous musician, lives a quiet life in a villa until one night, after going outside to straighten up some tipped-over garbage cans, he is bitten on the throat and face by something "fierce and dangerous" that smells like potato peel. Busi's wounds, as well as those he sustains in a mugging the following day, raise questions and fears in the minds of the townspeople. Was he attacked by one of the fierce animals who live in the forest just outside the town's boundaries? Or by one of the homeless people who took up residence in a park? Or possibly, as an inventive journalist suggests, by a Neanderthal? In any case, the town, led by Busi's mendacious housing developer nephew Joseph, begins to takes steps towards ridding itself of any unsettling influences, evicting the homeless from the park where they normally sleep and where Busi was mugged. The novel, which is narrated by one of the town's nosy residents, takes place almost entirely during a few days, with a coda that indicates the repercussions several years later. Like the simple but subtle song from which the novel takes its title, the novel's effects linger, coloring the reader's feelings about the thin border between the natural world and human society.

Anything is possible: fictionStrout, Elizabeth

The story of Arthur TruluvBerg, Elizabeth

And the dark sacred nightGlass, Julia, 1956-

The girl in the gardenWallace, Melanie, 1949-