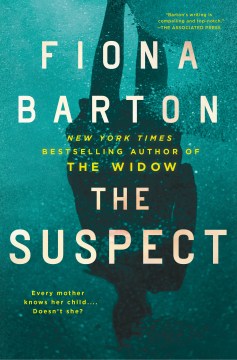 Veteran journalist Kate Waters and DI Bob Sparkes find themselves divided by a life-changing case in this fine series' third installment (after The Child, 2017). Informed by Sparkes, Kate breaks the story of two English girls, Alex O'Conner and Rosie Shaw, who have gone missing in Thailand. When their parents are summoned to identify bodies pulled from a Bangkok hostel fire, Kate heads to Thailand. But she isn't prepared to become part of the story when she discovers that her son, Jake, who has supposedly been working in Phuket, has vanished after being treated for burns sustained in the Bangkok fire. Casting Jake's disappearance as guilty flight, Kate's colleagues paint him as a villain. With Bangkok police refusing to investigate and Sparkes leaning toward Jake's guilt, Kate digs into Rosie's hard-partying expat circle and the hostel owner's underworld connections. The bedrock of this multilayered story, told in turns by Kate, Sparkes, and Alex O'Conner, is a tense, character-driven exploration of expectations and independence. Strongly recommended for fans of international crime fiction. Copyright 2018 Booklist Reviews.

After and , best sellers best-booked by NPR, Barton sends fan-favorite journalist Kate Waters to Bangkok to investigate the disappearance of two teenage British girls. Kate also wants to mend fences with estranged son Jake, volunteering there, but he's the main suspect in the girls' disappearance.

Crack journalist Kate Waters prides herself on getting great stories. When two 18-year-old girls disappear on a trip to Thailand, Kate pounces on an interview with the parents. But her own son Jake has also been in Thailand, on a time-out from university, and she's heard little from him for two years. Kate wonders if she should get involved in the case, and if she can keep journalistic distance from a story hitting so close to home. What will she do if she learns the truth? This is every parent's worst nightmare. Barton (; ) is a stunning storyteller. Her career as a journalist has helped make this story terrifyingly real. Every turn of the plot feels authentic and very scary, as the central character is torn between being a parent and a successful professional. [See Prepub Alert, 8/10/18.]

Fleet Street star Kate Waters's reporting has helped British police crack some extremely disturbing cases, but she faces what could be her toughest one yet in bestseller Barton's top-shelf third psychological thriller (after 2017's ). When the parents of 18-year-old Alexandra O'Connor, who's backpacking in Thailand with an 18-year-old female friend, fail to hear from Alex after a week, they alert the police. Kate's longtime police source, Det. Insp. Bob Sparkes, tells her about the two missing teenage girls, in the hope that Kate will write a story that "might winkle them out of whichever bar they're sitting in." Kate keenly identifies with the concerned parents, since her estranged older son, Jake, has been in Thailand for the past two years after inexplicably dropping out of university. But what starts as a routine story soon proves otherwise, sending Kate and her journalistic frenemies to Thailand in search of answers. The exceedingly twisty tale that follows will test Kate, and her painfully conflicting loyalties, to the limit. Barton's many fans will be rewarded.