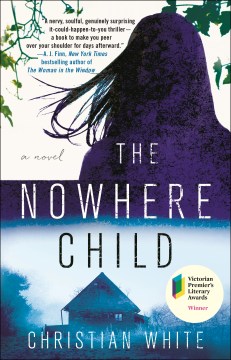 When Australian Kim Leamy is approached by Stuart, an uptight American who tells her the story of a missing girl, she thinks Stuart is looking for a donation for the investigation. Kim is surprised to discover that the girl went missing years ago, and her surprise turns to amazement when Stuart says that Kim was the little girl. Can it be true? Did Kim's mild-mannered late mum abduct her, and if so, why? The twisting and, at times, disturbing narrative alternates the present day with the time when little Sammy Went disappeared. Australian debut novelist White also juxtaposes Kim's ordinary life with Sammy's Appalachian childhood in a family that was enmeshed in a snake-handling Christian fundamentalist church. White has written a "returning-to-your-southern-roots" tale with a difference; Kim is exploring roots she never knew she had, and the journey is as bumpy and fraught with bewildered feelings as readers might imagine. While secondary characters are not as developed as Kim, this worthwhile story of a woman's quest for the truth will work with women's-fiction readers as well as mystery fans. Copyright 2018 Booklist Reviews.

Melbourne art teacher Kimberly Leamy is told that she may be Sammy Went, abducted at age two from her family in Manson, KY. Winner of Australia's 2017 Victorian Premier's Literary Award.

DEBUT In this stunning first novel, White weaves stories within stories while keeping the thrilling mystery alive. Kim Leamy is a photography professor at a community college in Australia. She leads a quiet life alone, with reading as her primary source of entertainment. That changes when she's approached in the school cafeteria by a man with an American accent named Stuart, who shows her a photograph of a long-ago abducted child named Sammy Went. Perplexed, Kim insists she knows nothing about the kidnapping, but Stuart tells her, "I think you Sammy Went." As she comes to terms with the possibilities and agrees to travel back to the States with Stuart, her world turns completely upside down. The small southern town of Manson, AL, is also home to the Light Within, a fundamentalist Christian church whose members, the Light Withiners, handle poisonous snakes and speak in tongues. Some of those members are also Sammy Went's family, and Kim is about to get more enlightened than she ever dreamed. White's tightly woven debut thriller has already won the Victorian Premier Literary Award in Australia; its arrival Stateside comes highly recommended. [See Prepub Alert, 7/2/18.]

At the start of White's outstanding debut, American James Finn approaches Kim Leamy while she's taking a between-class break at the Melbourne, Australia, school where she teaches photography. Finn claims that Kim is Sammy Went, a child kidnapped from her Kentucky home at the age of two in 1990. Of course, Kim's initial reaction is that he's talking nonsense. As far as she knows, her family has always lived in Australia, and she has a birth certificate. But Finn—who soon admits he's Sammy's elder brother, Stuart—has reams of convincing documentation gleaned from decades of searching, including DNA proof. Kim/Sammy's first-person narrative as she and Stuart attempt to unearth details of her abduction alternates with a third-person omniscient account of the kidnapping and subsequent investigation. By juxtaposing past and present, the author keeps the tension high. The impatient may be tempted to skip ahead, but they shouldn't. Thriller fans will want to savor every crumb of evidence and catch every clue. White is definitely a writer to watch.