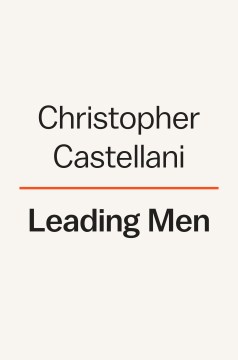 Inspired by the real-life relationship between Tennessee Williams and Frank Merlo, Castellani's (All This Talk of Love, 2013) fourth novel opens in Portofino, 1953. At a party thrown by Truman Capote, Tenn and Frank meet intriguing young Anja. They convince her to follow them back to Rome, where they'll set her on the path to becoming a star. Castellani unravels three threads: those auspicious, sun-soaked days in Italy; Frank in a Manhattan cancer ward, 10 years later; and present-day Anja, a reclusive widow hiding from her fame. Characterizations and mood drive this novel. While historical details about Tenn, his work, and his world bolster the story, it primarily belongs to Frank: a life preserver in person form, who never quite knows when to put his own interests first. When a new friend reminds Anja of her past life, she, like the author, grows determined to bring her old friends to life through art. With imagination and feeling, Castellani reconjures history to reveal the intricate dynamics—loving and passionate, selfless and devastating—among artists and those who nurture them. Copyright 2018 Booklist Reviews.

A literary alternate history, this new work from Castellani () deftly combines fact and fiction to reimagine the relationship between playwright Tennessee Williams and his longtime lover Frank Merlo. It centers on their fictional 1953 trip to Portofino, Italy, to attend a party hosted by writer Truman Capote. There they meet American novelist John Horne Burns and a young Swedish woman, Anja Blomgren, whom Williams and Merlo take on as their project, introducing her to luminaries of the film industry. (In real life, Williams was in Italy at the time, working on the script of Luchiano Visconti's .) Anja soon meets a Bergman-like Scandinavian director, and her acting career is underway. The chapters alternate among the Italian trip; Frank's dying in a New York hospital ten years later, hoping for a reconciliation with Williams; and elderly screen legend Anja Bloom, who is staging Williams's final play in a Provincetown, MA, bar in the 1990s. This is a tale of love and loneliness, the personal costs of genius and its attendant fame, and of the ultimate, inconsolable pain of loss. In its depiction of Americans in Europe, its closest literary cousin might be F. Scott Fitzgerald's .

Castellani's spectacular fourth novel (after 2013's ) imagines the relationships between Tennessee Williams, his lover Frank Merlo, and a young actress named Anja Bloom, whom they take under their wing. In 1953 Italy, Tenn and Frank make the acquaintance of faltering writer Jack Burns, an alcoholic who's emotionally abusive to his doting lover, Sandro Nencini. Frank finds a foil in Sandro, who recognizes Frank's devotion and loneliness as Tenn writes, ignores him, and has brief dalliances with other men. While Tenn's also inspired by Frank to write plays and helps him pursue his dream of acting, Sandro's dedication goes largely unappreciated. Frank is beloved by Anja, a 17-year-old who flees her mother and finds fame with director Martin Hovland. The '50s scenes are interspersed with chapters set a decade later as Frank lays dying in a cancer ward, having been all but abandoned by Tenn, and a present-day period when Sandro's college-aged son Sandrino befriends Anja. Anja reveals that Tenn wrote an awful final play in which he didn't do Frank justice; she waffles as Sandro tries to convince her to produce it instead of destroying it. Castellani's novel hits the trifecta of being moving, beautifully written, and a bona fide page-turner. This is a wonderful examination of artists and the people who love them and change their work in large and imperceptible ways.