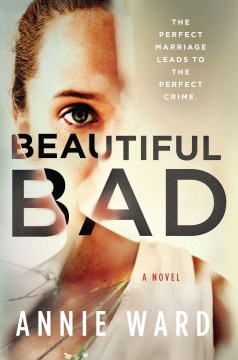 Travel-writer Maddie met soldier-of-fortune Ian almost 20 years ago in the war-ravaged Balkans. After a lengthy and tumultuous relationship, they are now married and living the family life. But when Maddie begins a writing-therapy program after an accident leaves her face badly scarred, we are drawn into her burgeoning paranoia—Or are her fears legitimate?—based on Ian's erratic behavior. This is a well-constructed thriller with strong appeal for millennials, but the premise seems a bit contrived. Although we are taken artfully through a no-one-is-who-you-think-they-are—and, most likely, no-one-is-who-they-think-they-are—narrative, the idea that two badly damaged people who "filled up rooms with their worldliness, their big words, and their general aura of disdain" would expect to find contentment in simple domesticity off the beaten path in Kansas strains credulity, even before murder comes to farm country. Still, the brilliantly conceived and presented conclusion would do Patricia Highsmith proud. Expect plenty of promotion, too, as this debut novel is being advertised as 2019's The Woman in the Window. Copyright 2018 Booklist Reviews.

In 2001, Jo and Maddie are best friends living abroad in exciting (if somewhat dangerous) circumstances. When Ian, an attractive and dashing British army bodyguard, enters the scene, a subtle change creeps into Jo and Maddie's easy friendship. Ian and Jo have a barely hidden animosity, but no one will tell Maddie why. As Maddie gets closer to Ian, she disregards Jo's warnings about him and increasingly pushes her friend away. Nearly two decades later, Maddie and Ian are married with an adorable and precocious toddler, Charlie. A mysterious camping accident leaves Maddie scarred physically and emotionally, which leads her to begin writing therapy. Through Maddie's sessions she starts to realize secrets and emotions that were buried for years, and then she recalls a vicious murder. Ward () uses each chapter as a way to guide readers through the beginning of the relationships of Maddie, Jo, and Ian, usually through Maddie's point of view. Some chapters skip forward to the "Day of the Killing," divulging enough information to pique readers' interest but also to keep them guessing. Recommended for readers who enjoy suspense novels or thrillers, as well as fans of Paula Hawkins, Ruth Ware, and Liane Moriarty.

This harrowing psychological thriller from Ward () begins with an aborted 911 call originating from the home that Ian and Maddie Wilson share with their three-year-old son, Charlie. Meadowlark, Kans., police officer Diane Varga responds to find the house silent, the phone smashed, and the kitchen bloody. Scenes detailing Varga's search of the residence and the ensuing investigation alternate with flashbacks from Maddie and Ian's perspectives. The couple chronicles the last 12 weeks, during which Ian was working private security in Nigeria and Maddie was in therapy for anxiety. They also reflect on key moments from their tumultuous courtship, starting with the couple's first meeting in the war-torn Balkans, where Maddie was a Fulbright scholar and Ian served in the British military. Ward takes her time revealing what tragedy transpired in the present, heightening suspense and maximizing her devastating conclusion's emotional impact. Evocative descriptions and strong senses of time and place complement the intricate, intelligent plot, which shocks and chills while thoughtfully examining trauma's toll on people and their relationships.

No one knowsEllison, J. T.