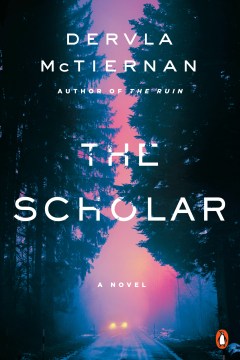 In this follow-up to McTiernan's 2018 debut, The Ruin, Galway police detective Cormac Reilly is sidelined from a high-profile investigation because his girlfriend, Dr. Emma Sweeney, was the one who found the body. Emma works at a pharmaceutical lab on the town's university grounds. At first, the police think that the hit-and-run victim she discovered is Carline Darcy, the granddaughter of the lab's rich and powerful founder. Further investigation reveals that the victim was a biochemical genius who dropped out of the university after only a semester. The Garda need to figure out why she was back on campus and why she had Carline's ID in her pocket when she was killed. Fans of Irish cop novels, like those by Adrian McKinty, will be happy to discover this up-and-coming author. Copyright 2019 Booklist Reviews.

Carline Darcy is a wunderkind. The granddaughter of a man who's made it big in the pharmaceutical business, she's following in his footsteps, taking a four-year degree in two years at a Galway, Ireland, university while dazzling at her grandfather's lab and living a quietly opulent existence off campus. Then the university community is shocked when the victim of a gruesome hit-and-run is found with Carline's ID in her pocket. Who could have killed this promising talent and why? As in McTiernan's excellent , the police side of the story follows detectives Cormac Reilly and Carrie O'Halloran, whose day-to-day is as filled with gripping office politics as it is a crime investigation. Delving into a rich family's business drags more politics into the fray, an aspect of the book that McTiernan weaves well into the human stories that stay at the forefront. The competition rife in academia is a major theme of this delightful and unexpected tale, making it one to suggest to fans of M.D. Lake and Susan Holzer.

In McTiernan's solid second police procedural featuring Galway's Det. Cormac Reilly (after 2018's ), Reilly's girlfriend, Emma Sweeney, a lab researcher for Darcy Therapeutics, calls him when she discovers the body of student Carline Darcy, a rising research star in the lab and the granddaughter of the company head, on the road near their workplace, the victim of a hit-and-run. In the subsequent inquiry into what develops into a murder case, departmental rivals of Emma, who suspect that she is somehow involved in Carline's death, try to push Reilly off the case. Meanwhile, the lab principals impede the investigation. Though the characters nearest to Carline are a bit too stereotyped, and the solution to the mystery is telegraphed too soon, the complexities of the relationships within the department, and the tensions between Reilly and Emma, are rich enough to carry the reader through this story and into the next one. McTiernan's cautionary tale about money, prestige, and the secretive world of pharmaceutical research will resonate with many.