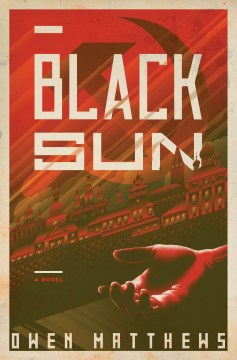 *Starred Review* Beginning with The Day of the Jackal (1971), Frederick Forsyth, investigative journalist, ace RAF pilot, and sometime spy, helped redefine the modern thriller and set the standard for lightning-pace action, supercool characters, and authentic details, no doubt culled from his personal experiences. His endorsement of fellow journalist Matthews' totally immersive debut for its "fearsome authenticity" raises the reader's expectations, and Matthews delivers. To call the novel chilling is an understatement. It's set in 1961, in the depths of the Cold War, in the brutal winter of a remote Russian top-secret research city, with scientists working on a bomb that, ironically, could set the world's atmosphere on fire. KGB officer Major Alexander Vasin arrives to investigate the murder of one of the key men working on the project, on the orders of Soviet leader Nikita Khrushchev. If you think you already know about the Soviet drive for world dominance via nuclear supremacy and the extent to which it was enforced by brutality, secrets, and surveillance but foiled by ideological conflict and a corrupt Politburo, think again. This city, which did exist, although not to be found on any map, and the RDS-220 device . . . well, let Matthews tell you the story. Forsyth claims his wife told him to quit writing because he was too old to travel to dangerous places. Fortunately, there are brilliant new, informed tellers of tales following in his wake. Copyright 2019 Booklist Reviews.

DEBUT "Now I am become death, the destroyer of worlds," warned Robert Oppenheimer when the first atomic bomb exploded in 1945. Its awesome power led the Soviet Union to race to build the most lethal bomb. In 1961, at a secret site devoted to accomplishing this goal, Soviet scientists live with perks and comforts. Even so, a genius engineer dies from radiation, apparently a suicide. The KGB sends special agent Alexander Vasin to investigate, and though cooperation is absent—the lethal monster is set to blow in just days—Vasin's probing bears fruit. He theorizes that the engineer was killed because the chief scientist opposed his project. Can the chief scientist foil the KGB's meddling? The nugget of truth hidden in the conflict is a stunning surprise. Based on the lives of real dissident Soviets, this first novel by journalist and historian Matthews balances technothriller realism with human ambition, greed, and, ultimately, love. In a taut yet discursive style, this title resurrects the paranoia of the Soviet mind-set. Fans of Jason Matthews's "Red Sparrow" series and Tom Rob Smith's will relish this incendiary take on nuclear weapons and the people who made them.

In 1961, a fearsome new bomb is under development at Arzamas-16, a secret city deep within the Soviet Union, the setting for British author Matthews's intriguing first novel, loosely based on a true story. Nine days before the nuclear device, which is capable of indescribable destruction, is to be tested for the first time, Fyodor Petrov, a brilliant young physicist working on the project, turns up dead from radiation poisoning. KGB investigator Alexander Vasin is dispatched from Moscow to determine whether Petrov was murdered and, if so, why. Matthews () makes the most of this promising setup for a while, as Vasin navigates the insular politics and unspoken rules of Arzamas. He soon finds that the residents and the scientists at the bomb-making facility tend to close ranks in the face of outside scrutiny. Unfortunately, about midway through, the plot starts to take too many twists and turns. Readers looking for a historical re-creation and unusual locale—a city that exists on no maps, populated by a curious cast of characters—will welcome this promising if flawed entrant to the thriller genre. (July)