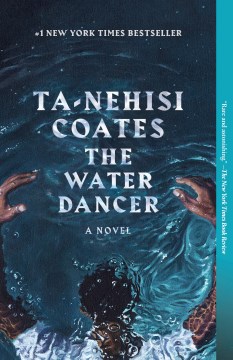 *Starred Review* Hiram Walker is the son of an enslaved woman and her slave master, owner of a prominent Virginia estate. When Hiram is nearly killed in a drowning accident, he detects an amazing gift he cannot understand or harness. He travels between worlds, gone but not gone, and sees his mother, Rose, who was sold away when he was a child. Despite this astonishing vision, he cannot remember much about Rose. His power and his memory are major forces that propel Hiram into an adulthood filled with the hypocrisy of slavery, including the requisite playacting that flavors a stew of complex relationships. Struggling with his own longing for freedom, Hiram finds his affiliations tested with Thena, the taciturn old woman who took him in as a child; Sophia, a young woman fighting against her fate on the plantation; and Hiram's father who obliquely acknowledges him as a son. Throughout his courageous journey north and participation in the underground battle for liberation, Hiram struggles to match his gift with his mission. Coates (We Were Eight Years in Power, 2017) brings his considerable talent for racial and social analysis to his debut novel, which captures the brutality of slavery and explores the underlying truth that slaveholders could not dehumanize the enslaved without also dehumanizing themselves. Beautifully written, this is a deeply and soulfully imagined look at slavery and human aspirations.HIGH-DEMAND BACKSTORY: Best-selling MacArthur fellow Coates has an avid following and his turn to fiction will bring in even more readers. Copyright 2019 Booklist Reviews.

MacArthur Fellow Coates, author of the National Book Award-winning , turns to fiction with this story of the enslaved Hiram Walker, who can't remember the mother he lost young but is blessed with mysterious powers. After crashing a carriage into the river, he is saved by a blue light that carries him far from the scene and thereafter is determined to join the war on slavery, escape the plantation, and rescue the family he made for himself there. At first look, luminous writing.

DEBUT This ambitious fiction debut by social critic Coates () features a protagonist with what might be called superpowers, not surprising from the man who brought back to life. Son of an enslaved African American woman and her owner, Hiram Walker grew up with conditional freedom, charged with being his slow-witted white brother Maynard's handler. The book begins with Maynard's death and focuses mainly on Hiram's efforts to piece together what happened that fateful night and how he himself escaped Maynard's fate. In passages sometimes weighty with philosophizing, Hiram becomes involved with the Virginia Underground Railroad, discovering that he has a skill called conduction that allows him to transport runaway slaves, as well as his loved ones, to safety in the free states. The two vital components of conduction are water and memories, and like most of us, Hiram has some memories he'd rather not revisit. Coates cites Toni Morrison and E.L. Doctorow as huge influences in writing this book, and the scope and seriousness on display here would make them both proud. The author can be didactic, unable to escape the weight of his message, but when he allows the action to unfold, the story becomes a work of wonder. Essential for all libraries. [See Prepub Alert, 3/4/19.]

Coates () makes his ambitious fiction debut with this wonderful novel that follows Hiram Walker, a boy with an extraordinary memory. Born on a Virginia plantation, he realizes at five that he has a photographic recall—except where it concerns his mother, Rose, who was sold and whom he can only reconstruct through what others tell him. Born to Rose and Howell Walker, master and owner of Lockless, the land Hiram works, Hiram is called up at age 12 to the house to serve Maynard, his half-brother. When the novel opens, Hiram is 19, and he and Maynard are on their way back to Lockless when the bridge they're traveling over collapses. Deep in the river, Hiram is barraged with visions of his ancestors, and finally a woman water-dancing, whom he recognizes as his mother. After he wakes up, mysteriously saved even as Maynard dies, Hiram yearns for a life beyond "the unending night of slavery." But when his plans to escape with Sophia, the woman he loves, are dashed by betrayal and violence, Hiram is inducted into the Underground, the secret network of agents working to liberate slaves. Valued for his literacy and for the magical skill the Underground believes he possesses, Hiram comes to learn that the fight for freedom comes with its own sacrifices and restrictions. In prose that sings and imagination that soars, Coates further cements himself as one of this generation's most important writers, tackling one of America's oldest and darkest periods with grace and inventiveness. This is bold, dazzling, and not to be missed.

She would be kingMoore, Wayetu

Chariot on the mountainFord, Jack, 1950-

The invention of wingsKidd, Sue Monk