The memory police : a novel / Yoko Ogawa ; translated from the Japanese by Stephen Snyder. 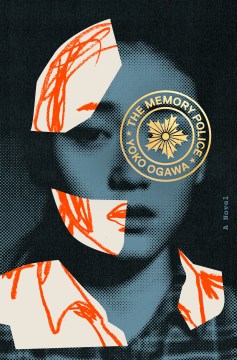 *Starred Review* Without names, these people, this island, could be anyone, anywhere. As fantastical as the premise of her latest Anglophoned novel seems, Ogawa (The Housekeeper and the Professor, 2009) intends exactly that universality. Initially, small things disappeared—"Ribbon, bell, emerald, stamp." What didn't just vanish was destroyed. And then people disappeared—those able to remember were removed by the Memory Police to ensure community uniformity. A novelist, whose mother was a sculptor with secret-filled drawers, her father an ornithologist, lives alone while writing her latest book about a voiceless woman. When her editor reveals that his memories remain intact, the novelist immediately recognizes the danger. The novelist works with her trusted childhood nurse's husband, now a daring duo, to build a hidden refuge in the novelist's house. Then books disappear, the rest are burned; the single library, too. And still, the disappearing doesn't stop. Ogawa's anointed translator, Snyder, adroitly captures the quiet control with which Ogawa gently unfurls her ominously surreal and Orwellian narrative. The Memory Police loom, their brutality multiplies, but Ogawa remarkably ensures that what lingers are the human(e) connections—building a communicating device with tubing, sharing pancake bites with a grateful dog, a birthday party. As the visceral disappears, somehow the spirit holds on. Copyright 2019 Booklist Reviews.

On an island where things keep disappearing (including body parts) and the memory police work to ensure that what's lost is forgotten, a young novelist hides her editor under the floorboards and turns to literature as a means of preserving the past. Prizewinner Ogawa's sold nearly 100,000 copies in the United States.

Ogawa () returns with a dark and ambitious novel exploring memory and power—both individual and institutional—through a dystopian tale about state surveillance. The unnamed female narrator is an orphaned novelist living on an unnamed island that is in the process of disappearing, item by item. The disappearances, of objects such as ribbons, perfume, birds, and calendars, are manifested in a physical purge of the object as well as a psychological absence in the island's residents' memories. The mysterious and brutal Memory Police are in charge of enforcing these disappearances, randomly searching homes and arresting anyone with the ability to retain memory of the disappeared, including the narrator's mother. When the narrator discovers her editor, R, is someone who does not have the ability to forget, she builds a secret room in her house to hide him, with the help of her former nurse's husband, an old man who once lived on the ferry, which has also disappeared. Though R may not leave the room for fear of discovery, he, the narrator, and the old man are able to create a sense of home and family. However, the disappearances and the Memory Police both grow more aggressive, with more crucial things disappearing at a faster rate, and it becomes clear that it will be impossible for them—their family unit, and the island as a whole—to continue. The classic Ogawa hallmarks are here, a dark eroticism and idiosyncratic characters, but it's also clear she's expanded her range into something even deeper. This is a searing, vividly imagined novel by a wildly talented writer. (Aug.)