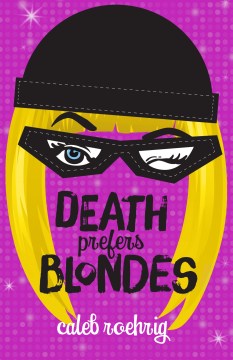 *Starred Review* Margo Manning: socialite, heiress . . . art thief? By day, she avoids the paparazzi, who have dubbed her Mad Margo. At night, she dons a platinum wig and commits heists with a group of drag queens. Margo, a consummate planner, eliminates any variables that may get them caught. Still, it's a dangerous game they're playing, and while Margo may not need the money, her friends do: Leif strains to pay the pricey tuition at his dance academy so he doesn't have to return home to his deeply religious parents; mechanic Davon, essentially orphaned, makes ends meet by working at a drag club with his found family; and Margo's best friend, Axel, and his younger brother, Joaquin, struggle to support their sick mother after their father is arrested for embezzlement. When the heist of a lifetime comes their way, the crew find themselves with difficult choices to make. At the same time, Margo is surrounded by upheaval in her father's company, and she'll need all her wiliness to navigate her way out. Roehrig (Last Seen Leaving?, 2016) takes a sharp dive out of thriller territory with this high-stakes adventure. Balancing Oceans 11–level heists, corporate espionage, and gender and sexual identity politics isn't easy, but Roehrig manages it with aplomb, skillfully threading in Hamlet references to boot. Clever, thrilling, and a wildly good time. Grades 10-12. Copyright 2019 Booklist Reviews.

Confessions of a murder suspectPatterson, James, 1947-

Pretending to be EricaPainchaud, Michelle