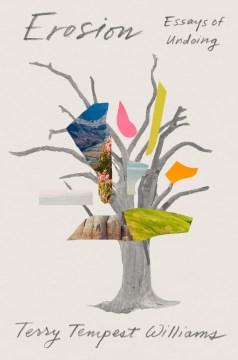 *Starred Review* An apostle of life and earth and a soul-revving teller of true stories, Williams (The Hour of Land, 2016) brings lyricism, candor, mystery, and factual exactitude to the deeply affecting essays collected here, all written between 2012 and 2019. Currently writer-in-residence at Harvard Divinity School, she traces the nexus between beauty and spirit and explains lucidly and passionately why it's essential for humanity to conserve nature on our warming planet. She reflects on how the bipartisan-supported Endangered Species Act and Wilderness Act have been saving lives and land for more than four decades, yet are now under attack, as are precious public lands. Exalting in her Utah home and the West at-large, she decries their increasingly reckless exploitation by the carbon industry. Williams reports on enlightening forays in the Arctic, Galápagos Islands, Rwanda, and China, and shares, with profound resonance, her brother's suicide and the harsh consequences of her and her husband's protest purchase of oil and gas leases. Williams takes readers far beyond the expected, illuminates unforeseen connections, and rejects despair, embracing, instead, attentiveness and action. Ultimately, Williams discerns that the now prevailing force of erosion can be liberating, observing, ""We are eroding and evolving, at once." Williams' exquisite testimony of wonder and wisdom is vitalizing and crucial. Copyright 2019 Booklist Reviews.

Naturalist, educator, and prolific writer Williams (e,g., ) delivers essays and poems originally published between 2012 and 2019. Here, erosion is a metaphor for the loss of various values. A subtheme is the disputed value of rural public lands, with high-stakes clashes between people who appreciate wilderness and those determined to exploit its resources. Williams is particularly concerned with the struggle around the Grand Staircase-Escalante National Monument and the Bears Ears National Monument, in the high desert of southeast Utah. Republicans and some federal agencies want to reduce the protected areas to extend access for mining, and petroleum and water extraction. The author recounts some of her environmental activities, including guerrilla-style purchase of petroleum leases on tracts of public property, to actually preserve them from drilling. The leases were denied, but that decision is being appealed in court. Other essays contain lyrical descriptions of nature in various locations around the world, decrying human hubris and the damage being caused by climate change. These essays are wide ranging and heartfelt and will attract dedicated environmentalists.

Thinking continental: writing the planet one place at a timeLynch, Tom, 1955-

A hundred little pieces on the end of the worldRember, John

Not a place to visitBak, T. Edward

This land is our land: the struggle for a new commonwealthPurdy, Jedediah

A terrible thing to waste: environmental racism and its assault on the American mindWashington, Harriet A.

The human age: the world shaped by usAckerman, Diane, 1948-

The oasis this time: living and dying with water in the westLawton, Rebecca

The great derangement: climate change and the unthinkableGhosh, Amitav, 1956-