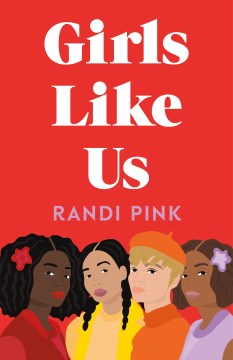 Ola is 16 in 1972 when she realizes she's pregnant. To her more responsible 15-year-old sister, Izella, this is just one more burden placed on her that she must hide from their prophetess mother, Evangelist. Down the road from them is Missippi, 14 and pregnant, subjected to the judgmental gaze of her neighbors. For Missippi in particular, the circumstances behind her situation tell an all-too-familiar story. When her father takes her to Chicago to stay with other pregnant teens, she quickly befriends Sue, the daughter of an anti-choice senator. Pink (Into White, 2016) wanted to explore what life was like before Roe v. Wade became law in 1973, particularly in light of contemporary conversations about abortion rights in our country. Each of the four narrators—Ola, Izella, and Missippi are Black, and Sue is white—provide a glimpse into what few options are left when legal abortion is not a choice, including backwoods abortion and its often-grave consequences. As women's right to choose is placed under scrutiny once again, these stories are a reminder of what horrors lie ahead if history repeats itself. Grades 9-12. Copyright 2019 Booklist Reviews.

It's 1972, and four teenage girls—three, black, in rural Georgia, and one, white, in Chicago—confront unwanted pregnancies before made abortion legal. When her older sister, Ola, misses her period, Izella, 15, convinces her to visit Mrs. Mac, an elderly "seer," to end her pregnancy. The sisters' predicament is complicated because their preacher mother, Evangelist, has been highly critical of a neighbor, Missippi, 14, who is also pregnant following sexual assault by her uncle ("I feel like that baby gone wind up raised in a house of hell with all kind of sin and debauchery"). When Missippi's father, a long-haul trucker, moves his daughter to a Chicago home for pregnant teens run by the saintly Ms. Pearline, she meets Sue, 17, whose father is a conservative U.S. senator. The story bounces among each girl's story (with chapter titles that announce how far each is into her pregnancy), culminating in a tragic ending for one and a pledge among the others to remain lifelong friends. An epilogue catches readers up to the young women as adults. Though some plot elements don't add up, Pink () offers a timely, sobering account of the reality women faced before abortion was made legal. Ages 13–up. (Oct.)

How to save a lifeZarr, Sara

You don't know me but I know youBarrow, Rebecca

Ask me how I got hereHeppermann, Christine