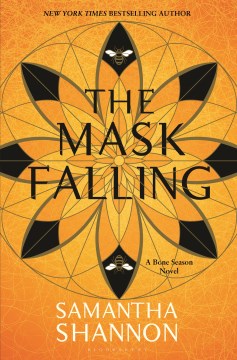 As the brutal Scion empire extends its relentless conquest of Europe, Paige Mahoney, the young Underqueen of the viciously persecuted Unnaturals (clairvoyants), continues to lead the gutsy, ragtag resistance. The fourth book in Shannon's keenly imagined Bone Season series, following The Song Rising (2017), takes place in Scion-occupied Paris. Grievously injured and PTSD-afflicted after prolonged torture and under the care of her powerful and immortal ally, the rebel Rephaite Arcturus, Paige is intent on infiltrating Scion's latest stronghold. Shannon makes atmospheric and unnerving use of the city's underground tunnels and famous catacombs as Paige takes outrageous chances and pushes herself to the brink as she deploys her extrasensory powers, struggles to fathom increasingly treacherous levels of intensity with Arcturus, and seeks fresh alliances. Once again, the predicaments are complicated and suspenseful, the new and returning characters are intriguing, and Paige continues to be haunted by her lost Irish childhood and tormented by her desire for Arcturus. For all its superbly choreographed action and paranormal inventiveness, this is, at heart, a gripping tale of trust and love, valor and sacrifice, and equality and justice. Copyright 2020 Booklist Reviews.

Paige Mahoney and Warden, aka Arcturus Mesarthim, take refuge in Paris after escaping the evil clutches of Nashira and the Rephaim rulers of Scion. Paige frequently flashes back to being waterboarded by the Rephaim, but doesn't let that stop her from trying to build an alliance with the resistance. Much harder, though, is fighting her feelings for Arcturus. They must work together on honing Paige's dreamscaping powers, which may be their only defense against Scion. As the fourth entry (after ) in a projected seven-book series, this volume does suffer from the inevitable middle-book syndrome. Paige's bold risk taking starts to come across as making foolish decisions and jumping to conclusions. Important plot developments only lead to more questions. However, Shannon's worldbuilding remains strong, and Paige is still an appealing heroine. Existing fans will cheer, while those new to the series should absolutely start with book one.

Shannon's gripping fourth Bone Season novel picks up where left off, with Paige Mahoney on the run after escaping imprisonment and torture. It's the year 2060, and Paige is hiding out in the Scion Citadel of Paris, recovering both physically and mentally from her trauma. Paige finds work with the Domino Programme––a top-secret organization that seeks to overthrow the Scion branch in Paris––using her gift of dreamwalking to infiltrate the government and discover devastating secrets. Accompanying her is Warden, her former enemy turned bodyguard. Paige's arc is deeply emotional as she works through painful memories, encounters fresh betrayals, and maintains her sense of duty to complete her missions no matter the cost. Shannon expertly blends genres to create a story that is at once a political thriller, a dystopian epic, and a paranormal adventure. This bold series installment will leave fans eager for more. Agent: David Godwin, David Godwin Assoc. (Jan.)