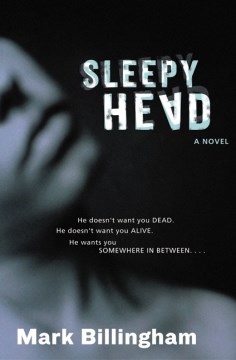 /*Starred Review*/ It's hard to believe that a stand-up comedian could write a book as dark, intense, and powerful as this one. But the debut novel of^B funny-man-turned-thriller-writer Billingham has garnered rave reviews in the author's native Britain--and deservedly so. It's brilliantly conceived and superbly plotted, with complex characters, deft twists, and an ending that's both shocking and oppressive. One horrible misjudgment years ago convinced detective Tom Thorne never to ignore his instincts. So when three young women are savagely murdered and a fourth "mistake" winds up in ICU on life support, Tom is sure he can trust his intuition, which tells him he already knows the killer. All he needs is proof that he's right. But his know-it-all attitude and strong ego, plus his affair with the prime suspect's best friend, cloud his vision. And the killer, who is extremely clever, very dangerous, and frighteningly familiar with Tom's habits, delights in planting obvious clues guaranteed to infuriate and frustrate. Meanwhile, two more victims are slaughtered, and Tom is increasingly desperate to solve the case. But could his trusted instincts have landed him in the midst of a nightmare of his own creation? A must-read. ((Reviewed May 1, 2002)) Copyright 2002 Booklist Reviews

With this first work, Billingham has concocted an intense, creepy variation on the serial-killer theme this villain doesn't want to murder but instead tries to induce strokes that will lock his victims into a perpetual comatose state. His first three attempts fail (the victims die), but he finally succeeds with Alison Willetts, a young woman who ends up able to see, hear, and think but little else. The case falls to London detective Tom Thorne, a slightly tattered middle-aged cop who has seen too much death and finds his judgment clouded when he falls in love with Anne Coburn, Alison's doctor, while suspecting that Anne's best friend is the perpetrator. The strength of what could have been a standard medical/police procedural lies in its complex characters, serpentine plot twists, and dark ending. Fans of Michael Connolly's Harry Bosch and Colin Dexter's Inspector Morse will enjoy Thorne, another flawed protagonist haunted by his past. Already a best seller in Great Britain (and deservedly so), this is highly recommended for popular fiction collections. [A Literary Guild, Doubleday Book Club, and Mystery Guild featured alternate.] Rebecca House Stankowski, Purdue Univ. Calumet Lib., Hammond, IN Copyright 2002 Cahners Business Information.

In a variation on the serial killer theme, newcomer Billingham's villain doesn't want to actually kill his victims (those who do die he considers mistakes ) so much as induce massive strokes that will leave them cerebrally conscious while otherwise in a completely comatose state known as locked-in syndrome. Combining elements of both police and medical procedural thriller, the novel follows frayed, middle-aged London detective inspector Tom Thorne as he chases down a series of red herrings, gradually becoming more and more obsessed with the killer's masterpiece, 24-year-old Alison Willetts, and the seductive doctor, Anne Coburn, who cares for her. This romantic subplot becomes entwined with the main plot as Anne's colleague and paramour, Dr. Jeremy Bishop (whose amusement with Thorne's growing infatuation with Anne reveals a particular sort of passive-aggressive sadism), fuels Thorne's rising suspicion of him with verbal jousts. Billingham, a TV writer and stand-up comic, manifests a competent enough hand with plotting and dialogue, particularly at romantic moments ( Now, this carpet has unhappy memories and I'm still not hundred percent sure I've got the smell of vomit out of it... You smooth-talking bastard ). Overall, he displays a solid grasp of the form, though not at the gut-wrenching level of such peers as Mo Hayder. Billingham excels in characterization, however, and it's likely that readers will develop empathy for his conflicted protagonist and the compassionate physician who takes justice into her own hands. (July) Copyright 2002 Cahners Business Information.