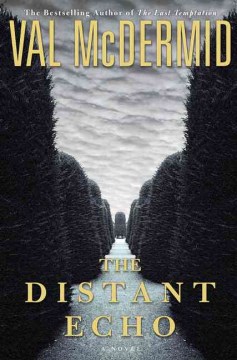 /*Starred Review*/ DNA technology has breathed new life into cases long comatose, extending both the long arm of the law and the scope of crime writers. British writer McDermid, who has won the prestigious Anthony, Macavity, and Gold Dagger awards, uses the new technology to resurrect the murder of a teenage girl in St. Andrew's, Scotland, 25 years ago. McDermid's 400-page novel gives equal time to two years: 1978, the year of the murder, and 2003, the year the Cold Case Squad in Fife reopened it. Part 1 focuses on four St. Andrew's University students who, reeling home after a night partying, literally stumble upon Rosie Duff's body in a field. This section starts the nightmare that deepens throughout, as the students become, first, suspects and then targets of hatred when lack of evidence fails to convict them, except in the public mind. Part 2 reopens both the old case and old wounds and adroitly moves between the investigation of Rosie's murder and the investigation of a killer bent on avenging it. McDermid uses the brooding, craggy Scottish landscape evocatively; two scenes of peril, one in the North Sea, the other in a dungeon in St. Andrew's Castle, are especially chilling. McDermid, whose reputation and popularity are growing incrementally with each new book, is very like P. D. James in her masterful mixing of forensic science with brisk plots and in-depth characterization. ((Reviewed August 2003)) Copyright 2003 Booklist Reviews

Winter of 1978, St. Andrews University, Scotland. Four drunken young students on their way home from a party stumble upon local barmaid Rosie Duff, who has been raped, stabbed, and left to die. Unable to save her, the men become suspects in the case but are never formally charged. The stigma and shame of the experience follows these men into their adult lives. About 25 years later, two of the four men have been murdered. The remaining two, Alex Gilbery and the Rev. Tom Mackie, must identify their friends' killer before they become the next victims of this revenge murder spree. Having grown up on the east coast of Scotland, where this story takes place, McDermid (Killing the Shadows) ably depicts St. Andrews. The cast of characters is almost too large to allow the reader to get to know and care about them. Still, McDermid keeps the suspense rising until the end, even after the astute reader will have figured out the killer's identity. Recommended for public libraries.-Jane la Plante, Minot State Univ. Lib., ND Copyright 2003 Reed Business Information.

This absorbing psychological novel of revenge shows British author McDermid (A Place of Execution) at the top of her form. In part one, set in 1978 in St. Andrews, Scotland, four drunken male students, friends since childhood, stumble over the raped and stabbed body of a dying woman, Rosie Duff, while staggering home through a snow storm. Though her violent brothers are convinced of their guilt, no one is charged with Rosie's murder. In part two, 25 years later, the police hope new forensic technologies will solve the crime, and suddenly someone is stalking the four men, whose lives have been haunted and their relationships changed by the murder. Two die, supposedly by accident, and the remaining pair, Alex Gilbey and Tom Mackie, must find out what happened before they're killed, too. James Lawson, an assistant chief constable who was a junior cop in 1978, wants to close the case and avenge the death of his admired superior, DI Barney Maclennan, who fell from a cliff during the initial inquiry. When Graham Macfadyen, who claims he's Rosie's illegitimate son and also seeking revenge, contacts Lawson, the investigation takes a startling turn. Only the careful reader will anticipate the stunning conclusion, which makes perfect sense. Outstanding pacing, character and plot development, plus evocative place descriptions, make this another winner. (Oct. 20) Forecast: The author has had an eager audience since A Place of Execution (2000) won a number of prestigious awards, including the Anthony and Macavity. Lacking the gruesome forensic detail of some of her other books, this latest should draw additional readers as well as viewers of the recent TV adaptation of her Gold Dagger-winning novel, The Mermaids Singing (1995). Copyright 2003 Reed Business Information.