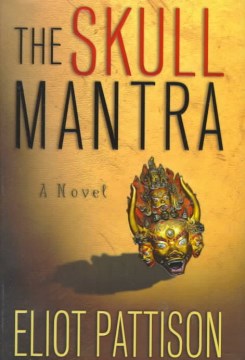 /*Starred Review*/ Good books take us places we can't reach without transport: a remote locale, an alien culture, another time, or into the heart and mind of a remarkable character. Pattison provides truly remarkable transport, setting the reader in a forced-labor brigade in contemporary Tibet. Most of the prisoners are Buddhist monks, stoically resisting starvation, torture, and psychological indoctrination by their Chinese captors. One prisoner, Shan, is Chinese; no one, including Colonel Tan, the brigade commander, knows what offense caused Shan to be sent to Tibet and slow, near-certain death. It is known, however, that Shan was a high-level investigator in Beijing who incurred the wrath of a cabinet minister and that no treatment is too harsh for him. But when a decapitated body is discovered by the laborers, Tan decides that he needs Shan's investigative skills to prepare a show trial and keep official Beijing from looking closely at his command. When the headless corpse is identified as a Chinese prosecutor, and the prisoners refuse to work until Buddhist rituals are performed to restore spiritual harmony, rising tensions threaten genocidal reprisals. It's a riveting story, but it's also a great deal more. Pattison's narrative is filled with ritual, portents, and even demons, and he somehow imbues the harsh Tibetan gulag with moments of eerie beauty and serenity. It's a trip. ((Reviewed June 1 & 15, 1999)) Copyright 2000 Booklist Reviews

Sentenced to penal servitude in Tibet, Shan, a disgraced prosecutor, is assigned instead to complete a pro forma investigation of the gruesome murder of a Chinese official. The party line is that dissident Tibetan monks are to blame, but Shan quickly realizes that the truth lies in other directions. Working with Buddhist rituals, Shan shapes and discards theories to fit a range of facts, emotions, and spiritual beings. Set in the mountainous regions of Lhasa, this first novel is a stark and compelling saga of the conflict between disdainful and violent Chinese and nonviolent Tibetans trying to protect the vestiges of their faith. As in Tony Hillerman's Navajo mysteries, Pattison's characters venerate traditional beliefs, and mystical insight is a tool for finding murderers. Pattison writes with confident knowledge and spare, graceful prose. With Tibet so much in the news lately, all public libraries will have readers for this book. [Minotaur is St. Martin's new mystery imprint.AEd.]ABarbara Conaty, Library of Congress Copyright 1999 Cahners Business Information.

A venerable plot device the discredited detective given one last chance is invested with stunning new life in this debut thriller from a veteran journalist who clearly knows his exotic territory. The gulags of Tibet, where the Chinese keep the Buddhist monks and other locals they've swept up since occupying the country, also house a few special Chinese prisoners. Shan Tao Yun, working as a laborer on a road crew called the People's 404th Construction Brigade high in the Himalayas, was once the inspector general of the Ministry of Economy in Beijing before he was imprisoned for refusing Party membership. Now he struggles to survive his harsh new life, gaining spiritual sustenance from the monks in his brigade. The discovery of the headless body of a local official, wearing American clothes and carrying American cash, changes all that, as Shan is threatened and cajoled by the shrewd colonel in charge of the district into conducting an investigation. Col. Tan wants a quick and dirty job that implicates a monk found near the site, but Shan knows the man isn't guilty: more-likely culprits include other high-ranking Chinese and a pair of American mining entrepreneurs. To encourage Shan to come to a rapid resolution, Tan dangles the fate of the monks of the 404th before him, surrounding their barracks with brutal Public Security troops. Like Martin Cruz Smith's Arkady Renko, Shan becomes our Don Quixote, an apolitical guide through a murky world of failed socialism. As his Sancho, Pattison has created another memorable character, an ambitious and conflicted young Tibetan called Yeshe, who can "sound like a monk one moment and a party functionary the next." Set against a background that is alternately bleak and blazingly beautiful, this is at once a top-notch thriller and a substantive look at Tibet under siege. (Sept.) Copyright 1999 Cahners Business Information.

The blood of the wickedGage, Leighton